The Visions du Réel film festival in Nyon (currently on until the 12th April) often programmes back to back screenings of films by different directors that have some link with each other, either in genre, style or content.  On Wednesday afternoon in the Salle Colombière there were some interesting pairings, firstly with “Vaarheim” by Victor Ridley and “Den Missen Paradis” by Nissane Coulibaly.

“Vaarheim” means our house in the Shetland dialect and this film is shot in the Out Skerries, a tiny archipelago  to the east of the Shetland Islands. The local fish farm, the island’s main economic resource has gone  bankrupt, the secondary school has closed and around 20 inhabitants are left on the island. 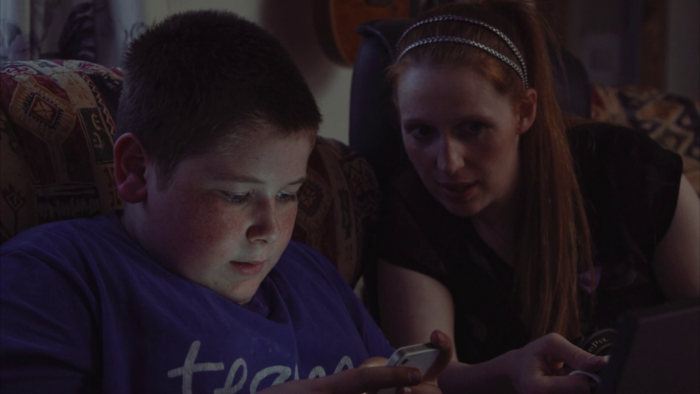 The film focuses on Julie Powis Arthur, one of the women who remains on the island. Her husband has left to work on the mainland and her eldest child has to leave to attend school. She is alone with her youngest children. The film follows her day-to-day life and shows the difficulties that she encounters. We see a warm hearted woman operating under difficult circumstances (and difficult weather), but also under some magnificent skies. The director was lucky enough to be on site when the Northern Lights appeared in the sky.

This film is a lovely portrait of family life on an island in the middle of the North Sea and will be screened again on Thursday at 10:15 in the Cinema Capitole Fellini.

“Den Missen Paradis” the film that follows, also focusses on the life of children but in this case children who live on the streets in Bamako and who have no family. They are the forgotten children who beg in the day time and sleep in the market halls at night and struggle to survive. A sad, disturbing, poignant film.

Another interesting pairing of films on Wednesday was “On the Art of Set Design” by Jan Ijäs, followed by “God” by Christopher Murray, Israel Pimentel and Josefina Buschmann. 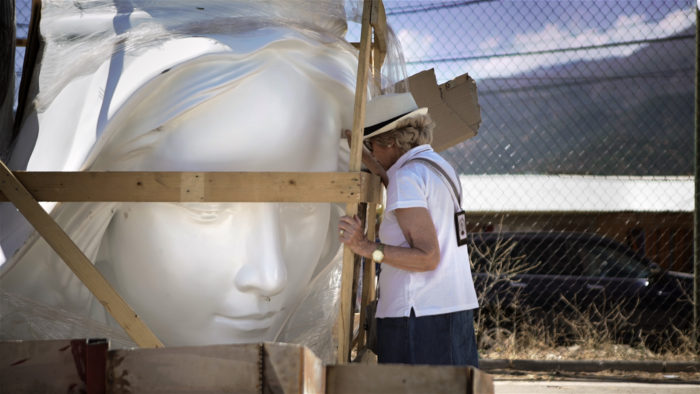 This latter film about the Pope’s visit to Chile in 2018 is a funny, clever, fascinating film (it was rather ironic that its World Premiere on Wednesday was held in a building belonging to Nyon’s Catholic church).  This film not only focusses on the fervent worshippers eagerly awaiting the papal visit, but we also see different groups such as the LGBTIQ community, the pro-abortion lobby, the Mapuche indigenous people and others who object to and protest his arrival. We also get to see the commercialisation and marketing of the visit, along with the sheer amount of preparation involved to make sure all is ready and safe in the three areas of the country that Pope Francis will touch down. The noise and ballyhoo in this fast paced film are tempered with quieter touching moments such as when an elderly man (who is dying and in a hospice), talks to his wife about their joint faith and God.  An excellent film.

These two films will be screened again on Thursday at 12:00 in the Capitole Fellini.

Photos above and in banner – courtesy Visions du Réel.