Nyon now has a Platform 4, but it’s not a platform where you can actually take a train.

It’s the name of a new public area directly opposite the the railway station. 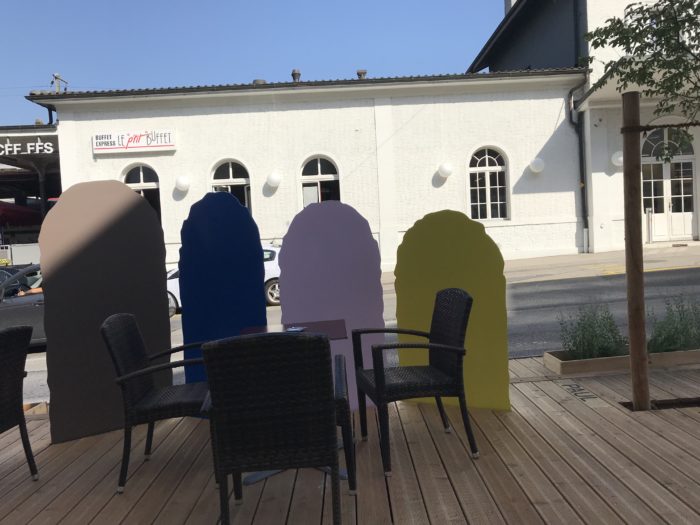 “Voie 4” was inaugurated on Wednesday night. It’s a meeting place for the public, to sit and chat and have a drink from the nearby bars and cafés. 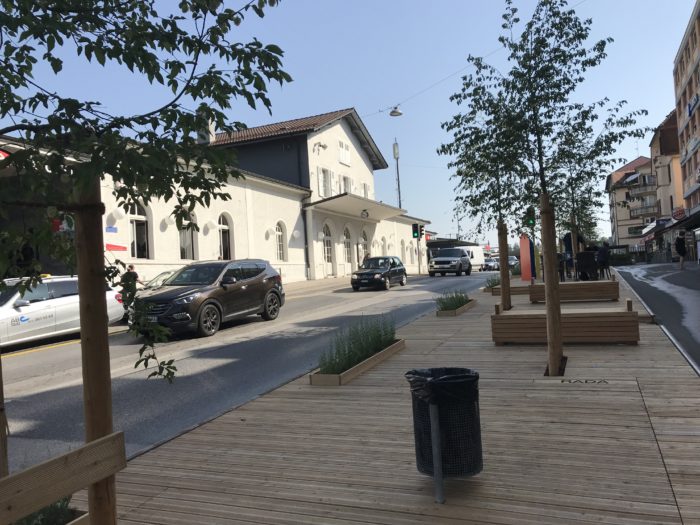 There were 5 suggested names for this new area which were put to a public vote. Voie 4 was the winner. Members of the public were also given the chance to added some of their own decorations to this new area.

Many years ago, the Nyon – St Cergue train used to run on tracks right on this very spot and came to a halt in the town. This was before the train was then redirected underground.

Video below – Nyon TV with a short report about the new Voie 4. 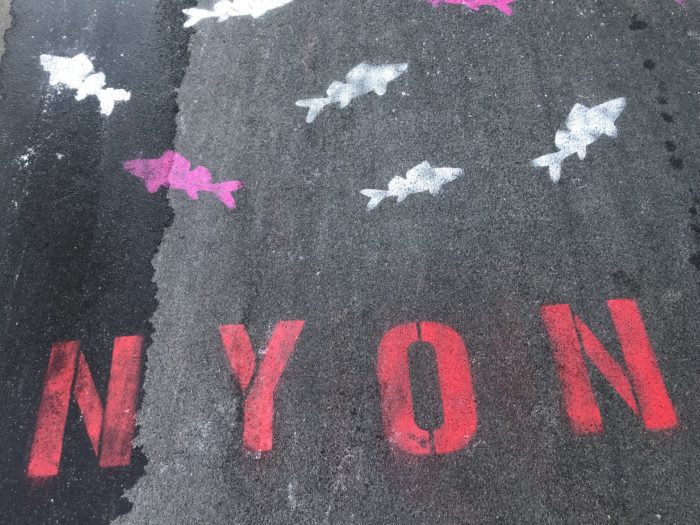 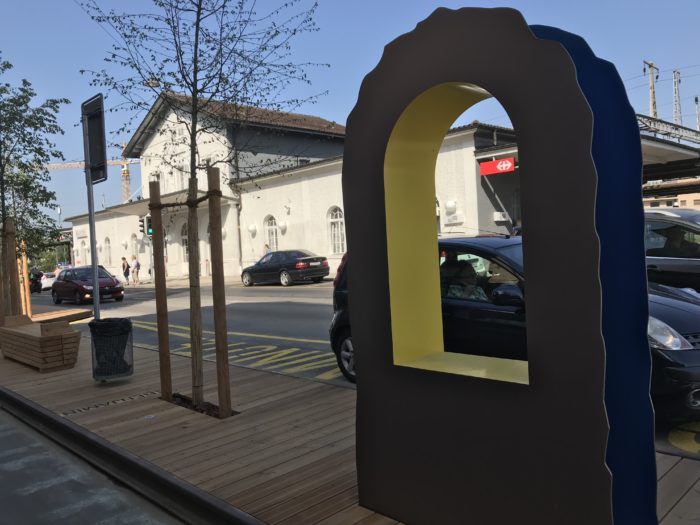 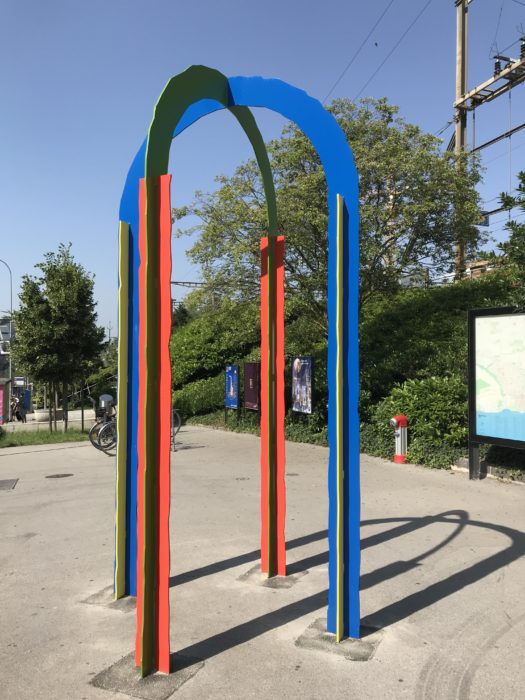