The World Press Photo exhibition showcases the best press photos taken across the world. For the 2019 contest, 78,801 photos were submitted from 120 countries. They were then whittled down over a period of three weeks by 17 jurors and the winning photos are now on display at the château.

There are some extraordinary and poignant photos in this exhibition, such as this below of a child collecting recyclable material whilst lying on a mattress, and surrounded by garbage on the Pasig River in Manila (this river is one of the 20 most polluted rivers in the world). 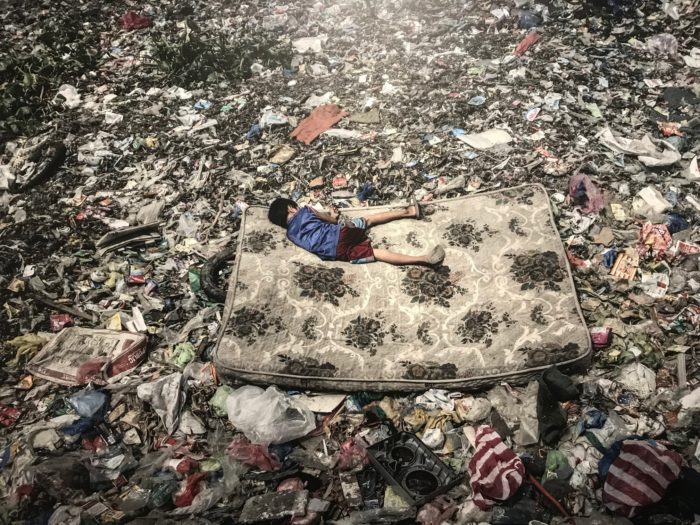 There’s a series of photos of different sets of twins in Nigeria. Nigeria has one of the highest occurrences of twins in the world, particularly among the Yoruba people. 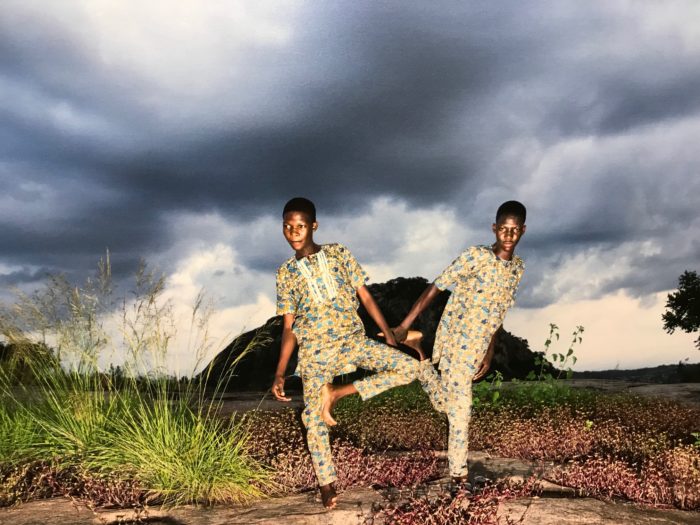 This below is of an unidentified man trying to hold back the press as Saudi investigators arrive at the Saudi Arabian Consulate in Istanbul, Turkey, amid a growing international backlash to the disappearance of journalist Jamal Khashoggi. 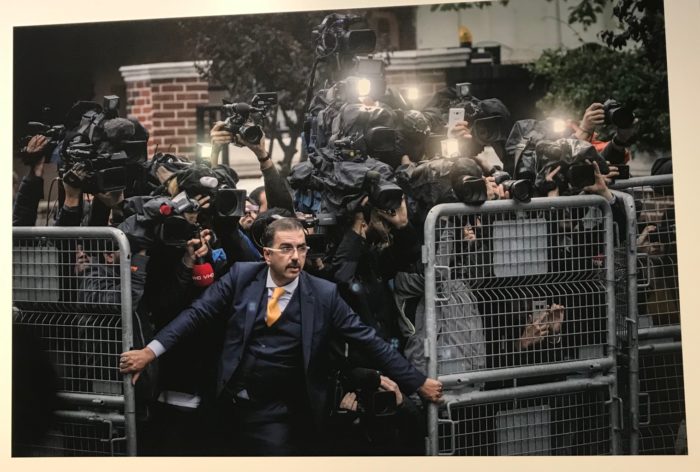 These superb photos are intended to provide visual journalists a platform to be able to share their stories with the rest of the world, and to make people, stop, feel and think.

Note – This exhibition tours the world and will only be in Prangins until the 8th December 2019, so see it while it’s here!

The second exhibition, Swiss Press Photo, being shown in the same building, runs until 23rd February 2020.

There are some amazing photos here too. Here’s the photo that went viral of Alain Berset (Swiss president in 2018) perching on a kerb, whilst perusing his notes during a break at the UN assembly in New York. Berset was perceived as humble and diligent across social media. 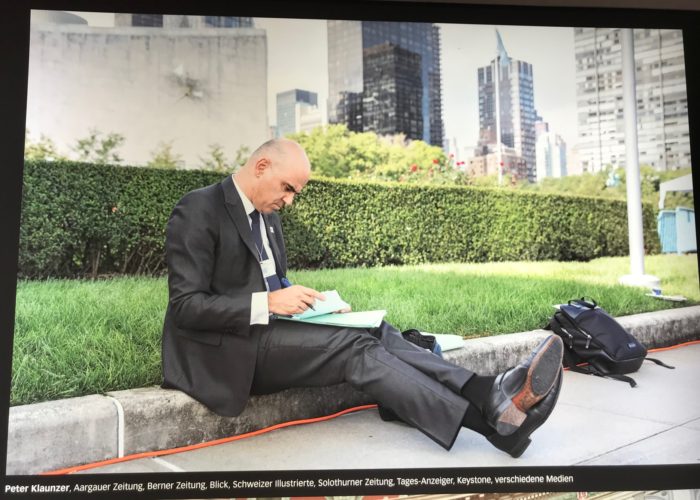 This below is of The Santa Clauses of the St Nikolaus Society Zurich. They don’t just visit children during the advent season, but criminals too. He they are visiting the Pöschwies prison. They tell conventional stories and hand out traditional baked goods. 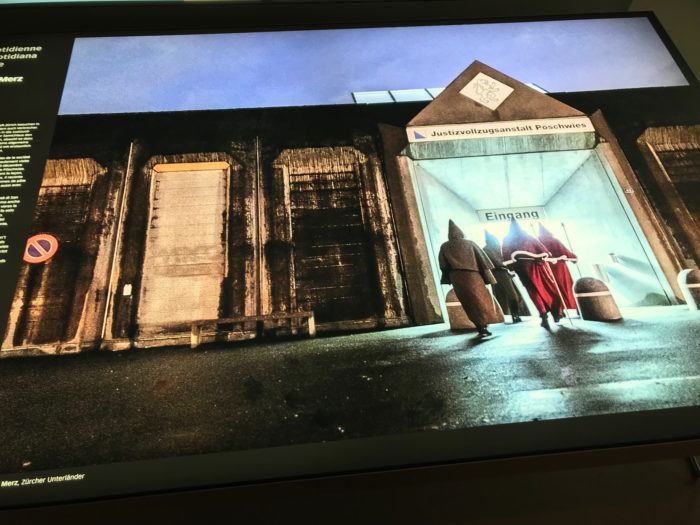 The photo below is of 74 year old Tzvetana Messerli living her childhood dream: she dances classical ballet performing in Swiss cities such as Geneva and Zurich. The native Bulgarian doesn’t care that her performances are not perfect. Her father advised her against ballet as a child as he said there was no money in it. Now she is finally now a ballerina. 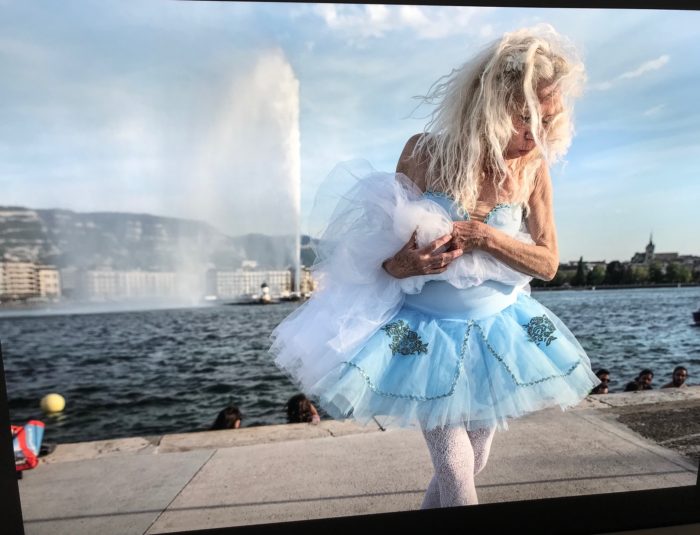 Note: one of La Côte’s own photographers Sigfredo Haro has a selection of photos in this exhibition under the category Daily Life. These photos are of an awards ceremony for school certificates at the secondary school in Morges, plus photos from those graduating with the Maturité from the Gymnase de Nyon.

Note to photos above – all photos are Living in Nyon’s iPhone shots of the main pictures. To see the photos in large format, better quality and to appreciate them in their full glory, visit the exhibition!