The Musée du Léman in Nyon has an interesting *history. It was originally a Convent (built in 1298!), it then became a hospital and two buildings were built behind it as annexes to the hospital. These annexes, the Lazaret and disinfection pavilion were built in 1904.

The disinfection pavilion was built to isolate the patients who had infectious diseases!  The buildings are still visible, see photos below. They are now a little run down but will be renovated/incorporated into the new extension plans of the museum. See pdf here with the new plans.

*The Archives of Nyon are currently closed, preventing any further research at the moment! 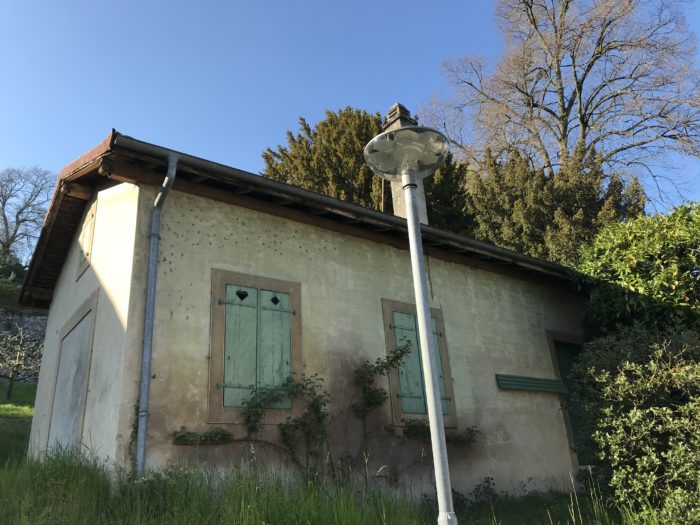