There are many events happening across Switzerland on the 14th June for the Women’s Strike including marches in both Lausanne, and Geneva.  Read more about this in an article in Le News.

If you want to support the strike in Nyon, there are events scheduled throughout the day in the town. See the Grève féministe Nyon Facebook site here.

At 07:00 there will be coffee distributed at Nyon railway station (bring your own Thermos!)

At 08:00 there will be an event (yet to be revealed) in front of La Combe shopping centre. For those that want to bring children to an event, there will be a temporary nursery (run by supporting men) at la Vie-Là, Rue des Marchandises 1, to enable women to participate in the day, however children are most welcome on the march and to events, a festive atmosphere is promised. 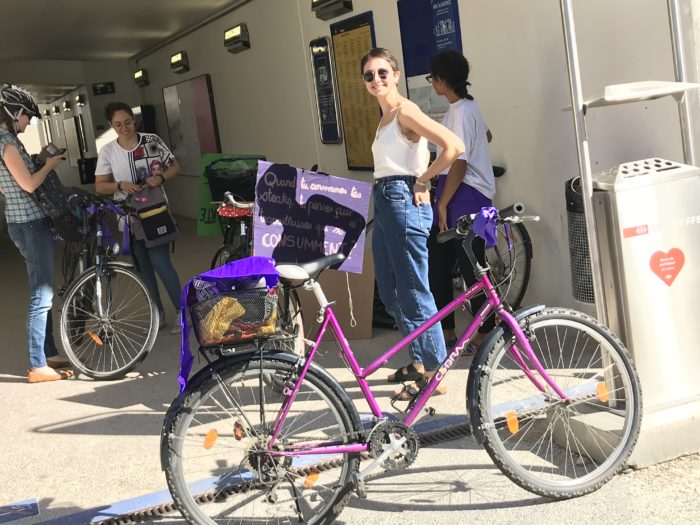 Photo above – women making preparations for the strike outside Nyon station on Thursday night.

Between 11:00 – 13:00 Big picnic in the centre of town, bring your sandwiches and snacks to a temporary “beach” created for the event. Music and more. The picnic has been supported by men in solidarity with the women.

15:00 Assemble at the Place du Château. The march departs at 15:24 and will wind through the town.

Did you know that many streets around town were temporarily renamed this week with the names of famous Swiss women? 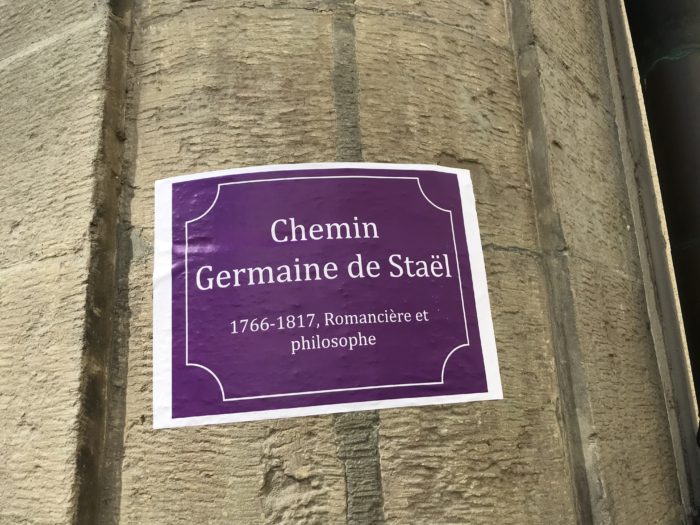