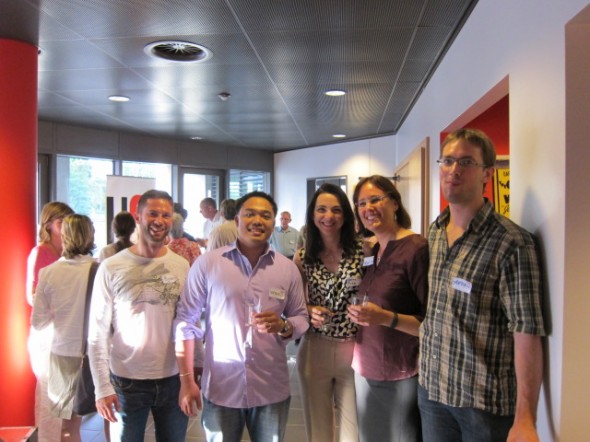 Photo above – the first meeting of Nyon Toastmasters  in July 2012

Toastmasters is a nonprofit educational organisation that operates clubs worldwide for “the purpose of helping members improve their public speaking and leadership skills”.  There is already a branch in both Geneva and Lausanne, and on the second and fourth Wednesday of every month, from the 26h September onwards, there will be a new club in the heart of Nyon! 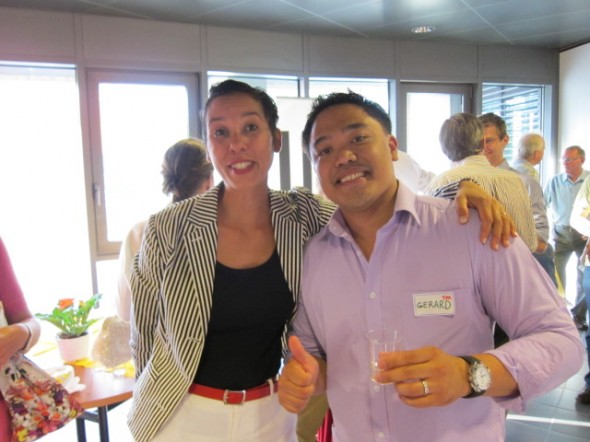 As more and more schools and  businesses and  people are moving into this region, there is now an increasing demand for opportunities which can help improve personal and professional skills, espeically those which are Anglophone. The new International Toastmasters Club of Nyon will offer bi-monthly meetings to “foster learning, self-discovery and personal growth in a friendly and relaxed atmosphere”.

Who is in the Nyon  Club?

The twenty founding members of the new Nyon club are from a wide range of professional and cultural backgrounds and look forward to meeting new members at the next meeting on September 26th at the HQ of UNI Global Union at 8-10 Avenue Reverdil, 1260 Nyon) from 19:00 – 21:00. 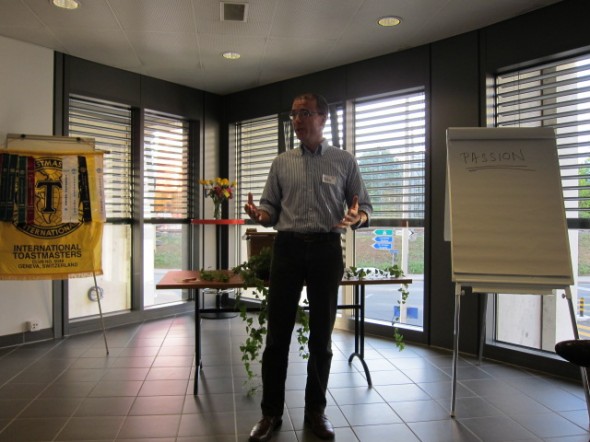 Photo above – Toastmaster John Zimmer at the first Nyon meeting