Nyon and the “Toblerone Trail” are also mentioned in the book. Author and hiker Ali Rowsell writes – “Taking approximately 5 hours to descend 460 metres from the Jura to Lake Geneva, the trail is strewn with ‘toblerones’, bunkers and defensive chalets and is well signposted along the route, giving an in-depth account of what Switzerland was like during World War II”.

Some of the “Toblerones” can be seen from the lake road between Nyon and Gland. They are the name given to the anti-tank emplacements that look like the shape of the famous Swiss chocolate bar (did you know that there is a hidden image on the packaging of the Toblerone bar? read about it here).

If you are interested in finding out more about these local landmarks, the staff at Nyon Région Tourisme will be happy to give more information on this and other local walking routes.

Cicerone Press produce an extensive range of over guidebooks to walking, trekking, climbing, mountaineering and cycling, covering the UK and Europe and further afield. Their guides are pocket-sized, with clear mapping and directions. 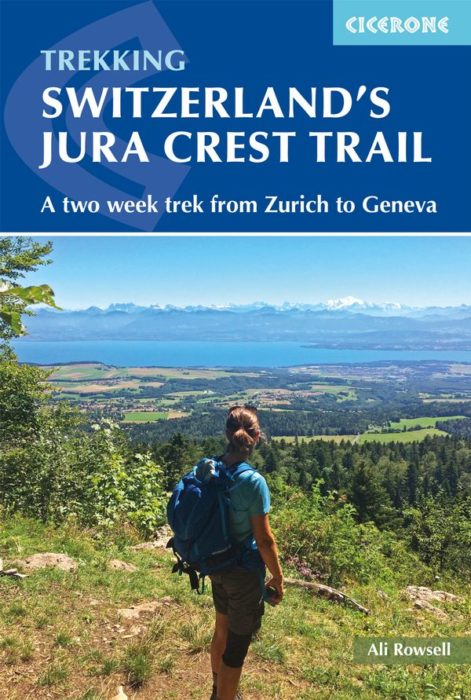