There are two films (documentaries) which will be shown in English in Nyon this weekend as part of the Green Film Festival (Festival du Film Vert).

The first is “How to change the World”  – synopsis below taken from the film’s own website. This will be shown in English on Saturday 12th March at 16:00 at the Ferme du Manoir Place du Château in Nyon in the Salle de Conference 1. Note: this building is the council building near the castle. Ticket details here  Entry CHF 10

In 1971 a small group of activists set sail from Vancouver, Canada in an old fishing boat. Their mission was to stop Nixon’s atomic test bomb in Amchitka, Alaska. Chronicling this untold story at the birth of the modern environmental movement and with access to dramatic archive footage unseen for over 40 years, the film centres on eco-hero Robert Hunter and his part in the creation of the global organisation we now know as Greenpeace. See trailer below.

The second film in English “Bikes versus Cars” will also be screened in the Ferme du Manoir on Sunday 13th March at 16:00  This film highlights the conflict in town and city planning between bikes and cars.

Note: there are other films being screened in Nyon at the Green Film festival between the 10th and 13th March, many are in French and there are some subtitled in English including Autrement (avec les légumes) and Krill, le secret de la Banquise. 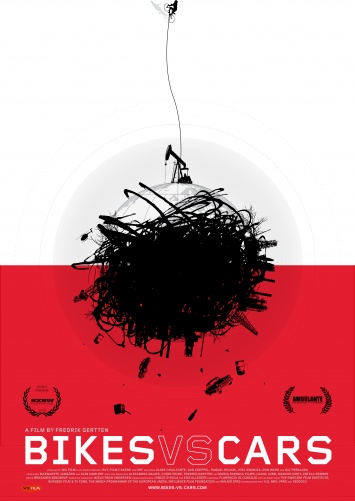 Bikes vs Cars from WG Film on Vimeo.