Day out to Annecy or Evian-les-Bains, by train from Coppet!

The New Léman Express is due to launch on the 15th December 2019. This is a massive new rail network (work began over 8 years ago!) and it will extend across Geneva and Vaud and into neighbouring France.

Léman Express trains are timed to coordinate with TGV Lyria trains, TER Auvergne-Rhône-Alpes trains and the main Swiss railway lines.This new initiative was *created to ease cross border travel. The new service will offer lots of connections to Geneva Airport, with five trains per hour from Geneva’s Cornavin train station (a seven-minute train ride from the airport).
The website is in English and the timetables are available to download.Check out the Coppet-Annecy or the Coppet-Evian-les-Bains timetables.  No need to take the car!

See map and video below for more information.

*Only 16% of the 550,000 daily cross-border trips in 2015 were made by public transport due to the lack of an efficient service on both sides of the border. *source Wikipedia 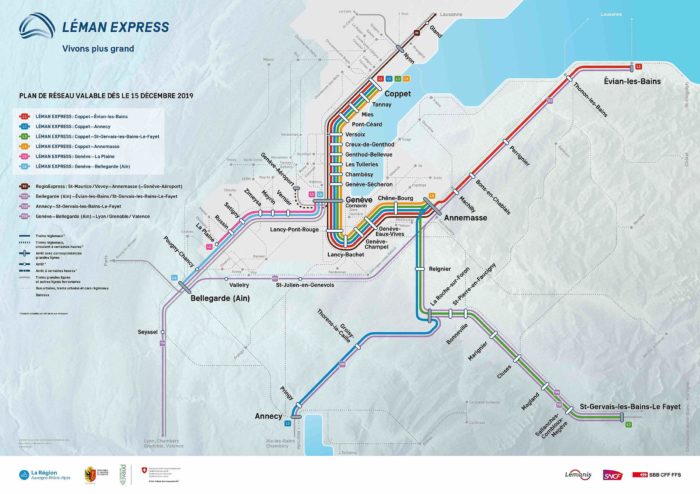