Wet Saturday – Should be dry for Classical Music at 17:00 and the Fireworks on Sunday.

It is fair to say it was a wet night at Paléo on Saturday. A very wet night. For the first few hours the temperature was pleasant and dry, the street performers entertained the festival goers, people were able to eat and drink outside and then.. the heaven’s opened.

There was a big storm and lots of rain, the grounds became very wet and there was lots of squelching in the mud as everyone moved between the tents and stages.

Conversely, this meant that performers reached massive crowds, many who were sheltering from the rain and who became captive audiences.

Le Winston Band from Canada got the audience dancing to their New-Orleans style zydeco in the Dome, and the tent was full for Charlie Cunningham and his folk music and superb guitar playing. He announced that it had been the best concert he had played at on his tour. 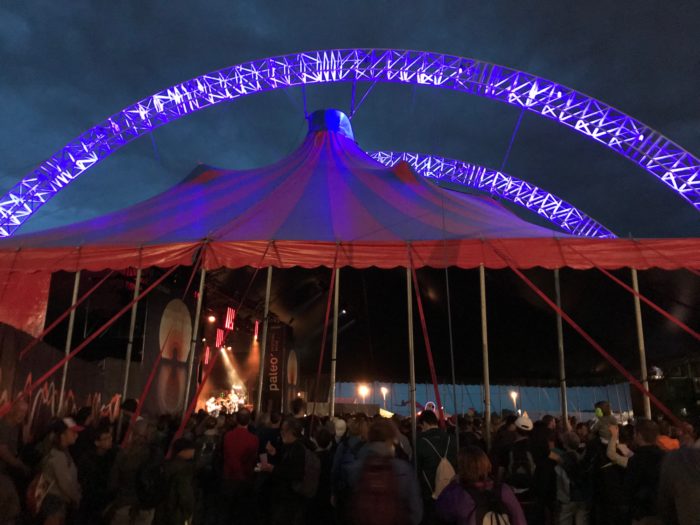 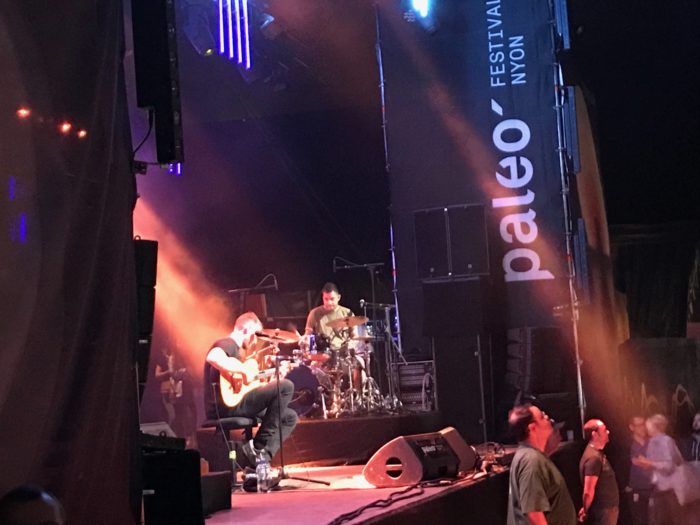 Today Sunday 28th, the weather forecast looks better for Paléo. It should remain dry for the classical concert at 17:00 and for the fireworks at 23:30. This year’s classical performance will be by the Lausanne chamber orchestra under the baton of artistic director, Joshua Weilerstein. The music will be a surprise repertoire ranging from Mozart to Mendelssohn.

Dadju (Rn’B from France) and Rap are also on the line-up tonight.

There are still tickets available online for Sunday. If you have never been to Paléo before and want to see what it is all about, tonight is a good opportunity!  Also, if you are from Quebec or you want to relive experiences from there, then this is your year. The Village du Monde area is completely dedicated to Quebec, including the food. The Living in Nyon editor tried out the Poutine! 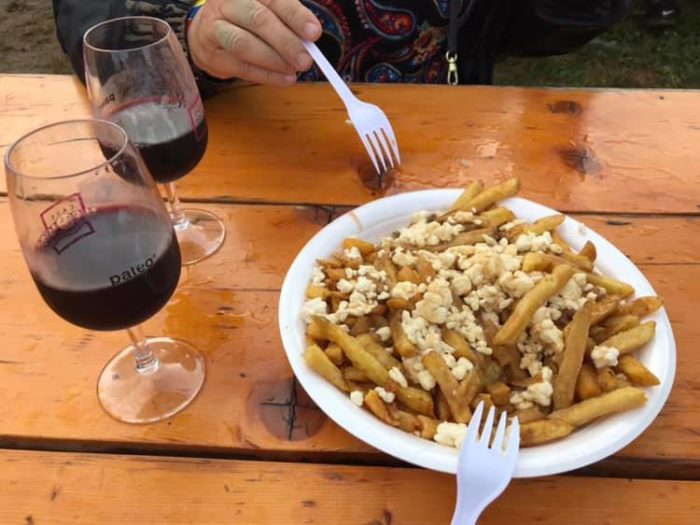