Two recently published books on Switzerland that have landed on Living in Nyon’s desk are: “99.9 Ways to Travel – Live like a Local” by Chantal Panozzo, and “Glimpses of Medieval Switzerland” by A.S Bhalla.

The first, is “one part travel book, one part culture guide, and total bucket list enjoyment”, and it provides lots of inspiration on places to travel in Switzerland, from the more well known and obvious places such as the Château-d’Oex balloon festival in January, visiting the Parliament building in Berne, to day trips and overnight stays in places that most travellers will never have heard of. How about bathing in a church in a vertical built spa in the Engadine valley or visiting the camellia gardens of Locarno? 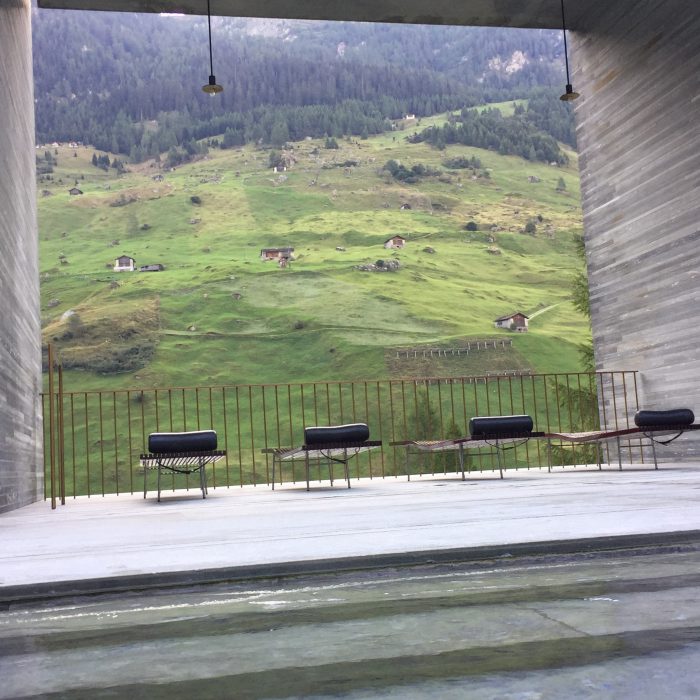 Photo above -the view from the spa at the Hotel Therme in Vals, one of the spas mentioned in travel suggestion number 42.

You could go and watch (or take part in) the Monday Night Skate in summer when more than twelve Swiss towns and villages close off roads for inline skating pleasure, you could go and learn to play the Alphorn at an Alphorn school near Gstaad or how about walking in snowy, candlelit woods in Baden?

This is a useful, handy sized book with some fun and interesting travel suggestions in it, definitely one to look out for if you are planning holidays and trips in Switzerland in 2018. Details on how to order here. 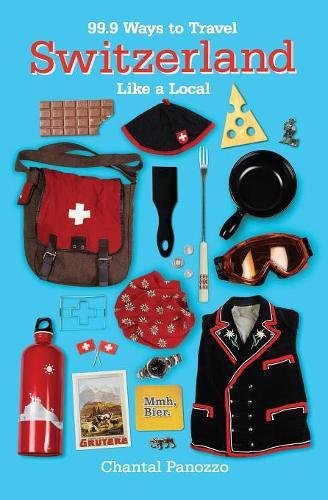 The second book, by local author A.S Bhalla also offers a journey through this country but in this case, through medieval Switzerland. It describes and illustrates Swiss history and art in its towns and villages which are full of cathedrals, towns halls, castles and fountains. Decorative fountains are often the centrepieces of many towns and Nyon features in the book as the Maitre Jacques statue and fountain in the Rue de Rive area of town is mentioned in its pages. 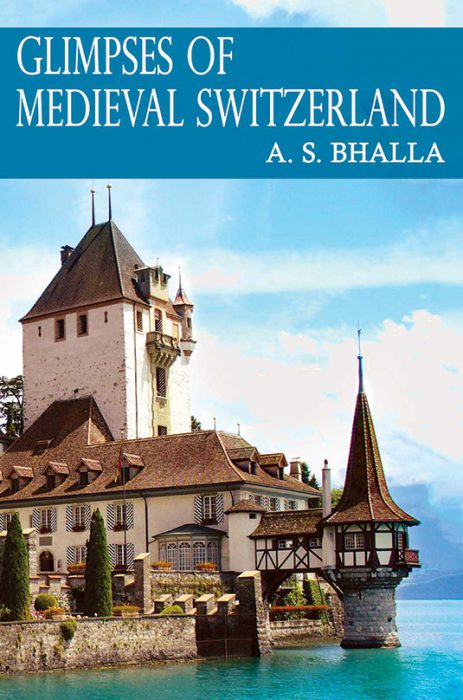 These decorative fountains are often the centrepieces of many towns and Nyon features in the book as the Maitre Jacques statue and fountain in the Rue de Rive area is mentioned in its pages. 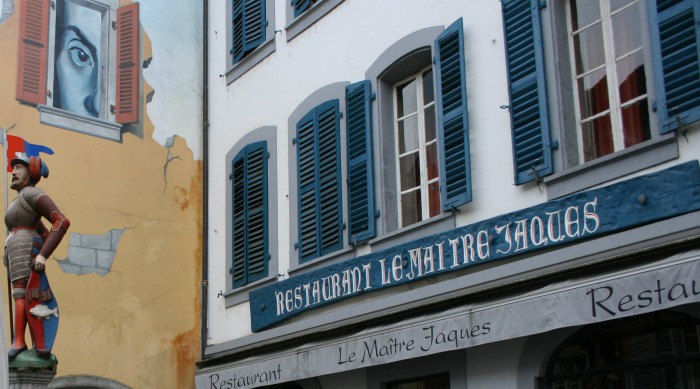 This much-photographed statue (near the all-seeing “eye” fresco on the wall nearby) is a copy of the original which was known to have been built between 1545 and 1547 and was first mentioned in 1696 in the archives of the commune of Nyon.

The book also asks why there are no decorative fountains in some old cantons of Switzerland such as in Geneva, the Grisons and the Valais, and there are some interesting named fountains in this book, check out the Samson and Delila fountain, the Monkey Fountain or the Bagpiper fountain in Basel!

A4 sized, this hardbacked book can be purchased through Payot, Rive Gauche, Rue de la Confederation 7 in Geneva or through the book’s own publishers – link here