A wide range of music on Friday, more on Saturday’s line-up

It was hot and humid early on Friday evening at Paléo and clouds began to gather over the festival grounds. See the wind whipping up the tent ropes of the Dome Tent in the video below. Despite the impending storm, the band inside the tent calmly carried on.

When the storm broke, festival goers ran into the tent to shelter from the rain and got to hear the lovely melodic sound of “Bears of Legend” from Quebec. As Jonas wrote in a previous post, the joy of Paléo is that you can often discover new bands just by dipping in and out of the tents and stages to see who is playing.

The seven piece “Bears of Legend” were superb with a mixture of folk, rock and classical music, a tight unified sound and superb harmonies. Short video below. 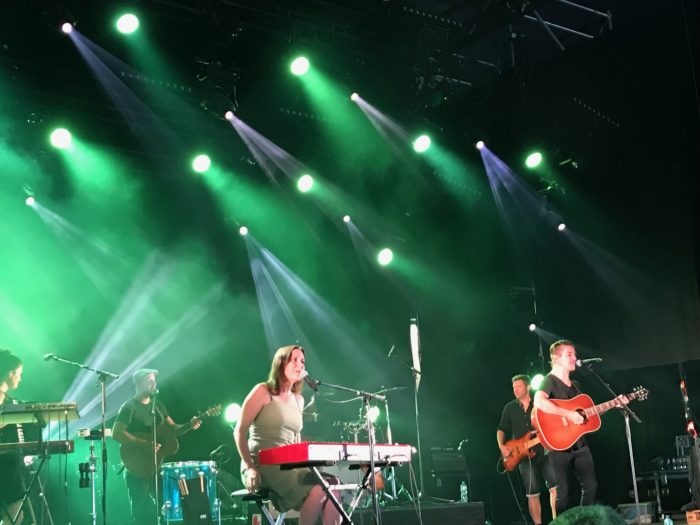 At the start of the set, sage was sprinkled around the stage in a sage cleansing ritual – a lovely aroma filled the room, a pleasant change from the beer, smoke and sweat of festivals!

This group will be playing again at the L’escale on Saturday 27th July at 19:00 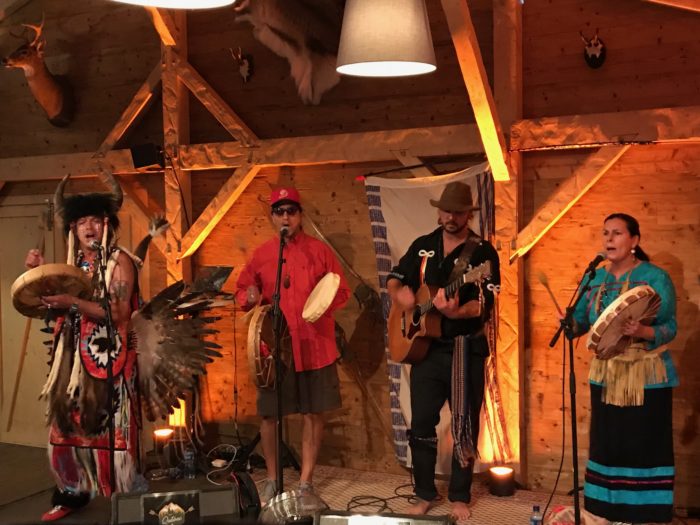 The evening was definitely one for eclectic music as by now the area in front of the Grande Scène was packed with families (and lots of young and teenage girls) to see the Pop sensation Angèle from Belgium.

With a mixture of pop, rap, electro and dance numbers she wowed her audience, the crowd loved her! 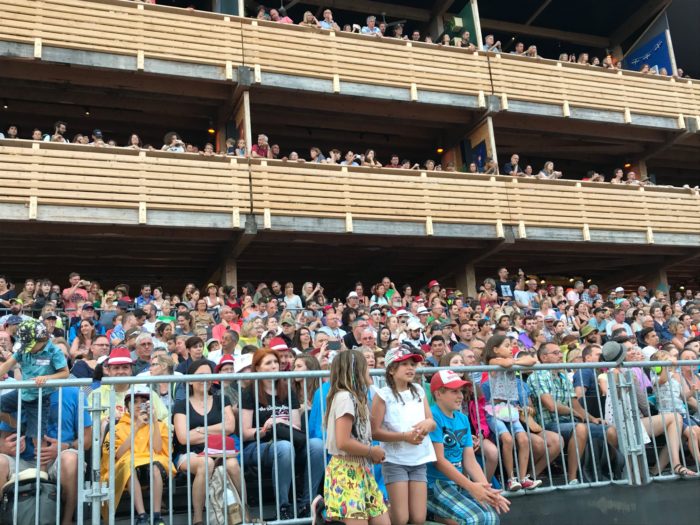 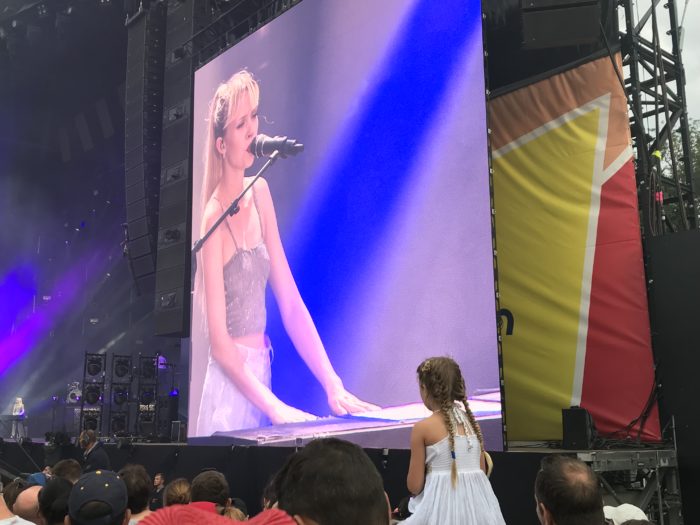 There definitely was an eclectic choice of music on offer on Friday night, as if Belgian pop didn’t appeal, you could head over to the Club tent and listen and dance to French duo Ko Shin Moon with their “Electro Syncretic Trance”. A different vibe indeed… See video below

For those heading off to Paléo tonight, expect another wide range of music from the brass and percussion sound of Stephan Eicher, to the soul of Jacob Banks, the funk of Kind and Kinky Zoo, folk of Brit Charlie Cunningham to the mad energy of Shaka Ponk at midnight. There’s lots on offer!

See the line up here.

Tickets are still available on the website  (at the time this was published 12:20) 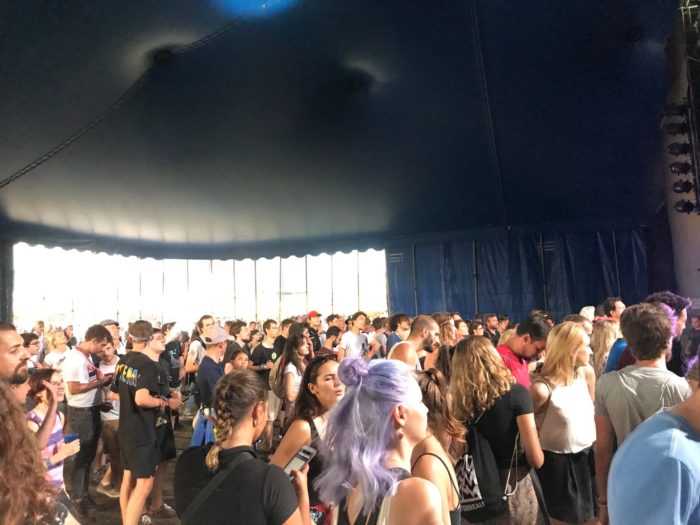