“Moi Aussi” is an association founded by Laura Mulcahy speading the message of inclusion amongst children. Their lovely song with the same title: “Moi Aussi” is being used as a resource for public schools.

This inspiring article is written for Living in Nyon by Eoghan O’Sullivan. When this Vich-based Irishman isn’t busy being an independent communications consultant, he dabbles in songwriting. He writes here about his most recent musical project, which aims to encourage more inclusion and integration.

All of the heart-warming photos have been taken by Hayley Hay.

Just over three years ago, I was asked whether I could write a song to celebrate the opening ceremony of a photo exhibition raising awareness of people with Down syndrome. I had been commissioned to write songs before, but this one came with a specific challenge: it would ideally be in French.

As someone whose French is largely self-taught, I wasn’t confident that I could do it. However, taking the captions accompanying some of the photos as a starting point, the song somehow came together. Ruth Foley, who commissioned it, and Laura Mulcahy, who founded the association Moi Aussi that organised the exhibition, were both very pleased. Laura was convinced that we could and should do more with this song, but we couldn’t decide what that “more” would be. Until now…

RESOURCE FOR SCHOOLS
As of this month, a professional recording of the song Moi Aussi has been made freely available to schools as a resource for teaching children about inclusion. The recording, which we somehow managed to complete during this year of restrictions and confinement, features kids from a 4P class in Lausanne’s Floréal school. It is accompanied by a heart-warming video, and sheet music, lyrics and guitar chords have also been made available for download.

The recording and video were funded by the Moi Aussi Association. Laura hopes that the song can contribute to the association’s aim of encouraging society to be more inclusive, not just of people with Down syndrome, but for any kind of ‘difference’ or disability. Her own daughter Emer, who has Down syndrome, features in the video alongside her classmates – she is included fully in the life of her school, epitomising the spirit of the song’s lyrics.

I’m personally proud to have written the song at the heart of this project. I learned a lot of my French by listening to songs – if you’re trying to learn the language and you like music, you should seek out some of the great francophone songwriters. But this project is also an example of the rich contribution that expats/immigrants are making to life in this region. Alongside myself, Ruth and Laura, also involved in this project were the photographer Hayley Hay and the videographer Elma Okic. I think for all of us, this has offered a chance to give something back to this wonderful country that has welcomed us.

HELP US SPREAD THE WORD
We would really appreciate it if you could help spread the word, particularly among school communities and with music teachers. You can find the song Moi Aussi on all of the main digital music platforms; the video, plus the various free downloads, can be found at www.moiaussi.org/chanson 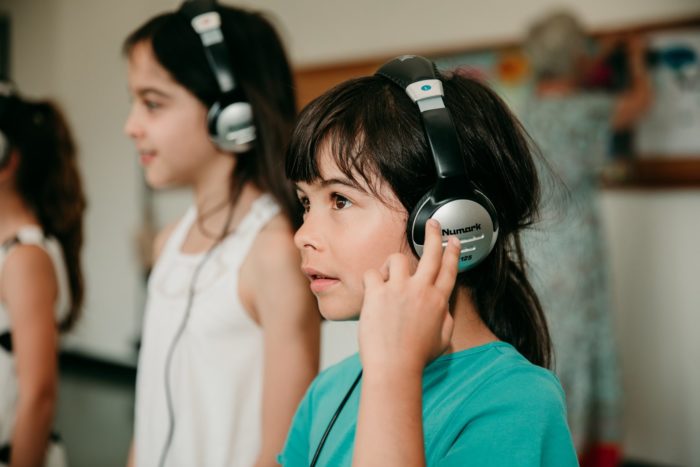 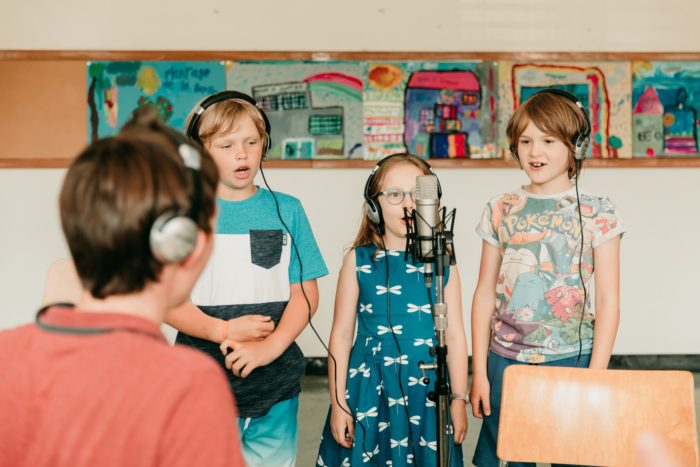