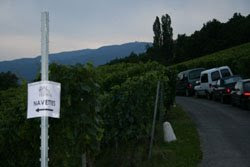 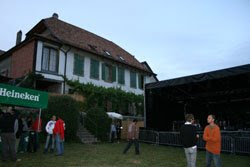 The weather stayed fine on Saturday for the final night of the three day Jval Rock festival in Begnins. With the view of the lake and the rows of vines clinging to the slopes above and below, this has got to be one of the most spectacular local venues for a music festival. 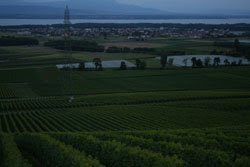 There is a family feel to the event with comfy chairs, cups of tea and home made cake for sale in the bar area. Yet despite the homely ambience, (after all this is in the grounds of someone’s house) the event is professionally organised with car park attendants to help park along the vines and the festival has now become big enough to attract a major drinks sponsor. 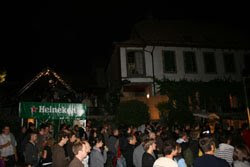 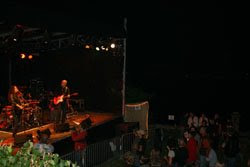 Saturday night opened (a little behind schedule) with the band Kassette, a lead female singer and guitarist singing in English and addressing the crowd in French. With her band consisting of another guitarist and a drummer this laid back rock was obviously a crowd pleaser.
On this occasion I had to leave before the second band came on, however I will definitely put Jval in my diary for next year. The ticket prices aren’t too prohibitive (25chf). It’s a great place to go with a group of friends to soak up the sounds and that fabulous view.

Back in Nyon, there’s a small photography exhibition called “Métissage” going on until the 31st August. It is on in both the Focale Building in Place du Chateau and L’espace de la Grenette (this is in the corner of the Place du Marché). 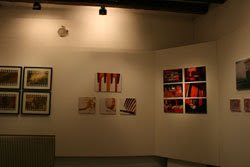 Each year supporters of the photography association FOCALE hold an exhibition of their own work and this is it.

Don’t let the rather graphic photo of the butcher on the promotional leaflets put you off, it’s not all gory! There are some great photos in here, my favourites are the stylised pictures of hot air balloons but there’s also some good photos too of local scenes, and travel photos such as those taken during a trip to Iran. This exhibition is free and open Tuesday to Sunday 14-00-18:00 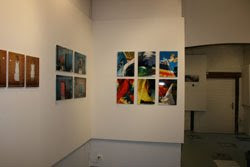 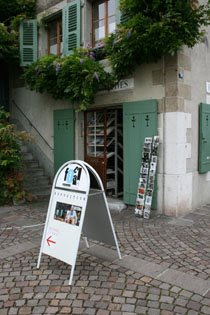 Meanwhile, don’t forget there lot’s going each day with FAR , the big Arts festival in town. Check out the website for events which continue until 23rd August.