Anyone who lives in or visits Nyon, knows that part of its attraction is not only its proximity to the lake, but also the character of the buildings, its old town and streets and of course, the chateau. However, not many people are aware that there is a society called  Pro Novioduno dedicated to preserving the heritage of the city. Membership is open to all, so check the site out. There is a list of activities that the society is involved in with latest news. Living in Nyon caught up with Georges Darrer, current president of Pro Novioduno who explained more about the society. 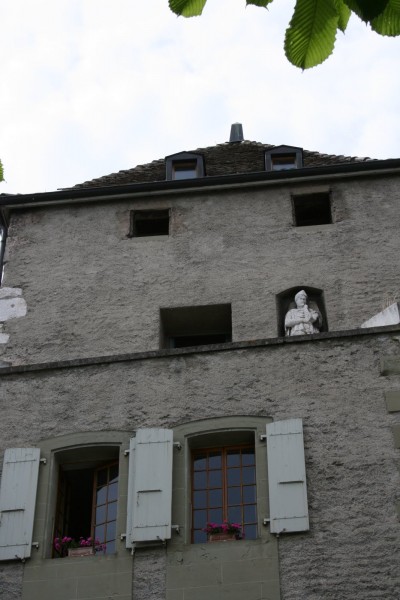 “The name of the society derives from the Celtic name of the town, “new settlement”. The society was founded in 1922 with the purpose of ensuring that property owners and local authorities did not destroy or deface buildings of historical or architectural importance. 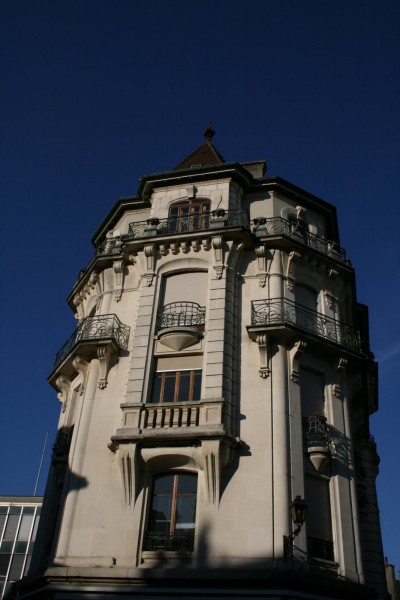 Over the years Pro Novioduno has had numerous occasions to rise to the defence of the heritage. Alas, it has not been able to avoid some major mistakes, such as the destruction of a landmark building called the “Comète” in the Grand-Rue or the installation of both Manor  and later the “Grand Passage” (now “La Halle”) buildings, which have destroyed the harmony of the streets by introducing clashing styles. Nor have we been able to avoid the construction of a decidedly modern and somewhat tasteless building on the promenade du Jura.

Part of the problem lies in the fact that in Switzerland, it is individual buildings that at classified and protected according to a scale of values ranging from 1 (to be preserved absolutely) to 7 (should be destroyed). There is no rule to protect a group of buildings or a whole street except for what each commune can set up as specific area plan (plan de quartier). 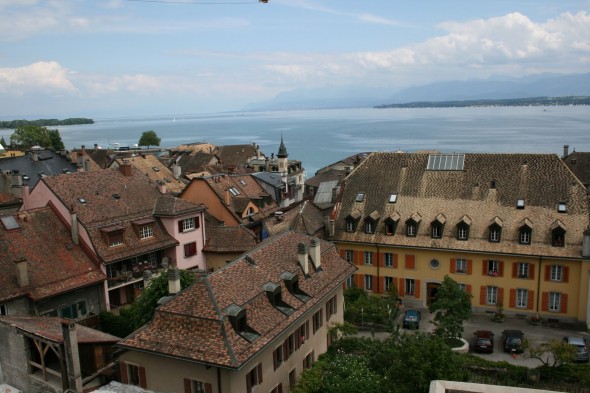 After many years of failed communications, the society has been able to set up meaningful and open links with the City Planning services and the result of this new collaboration are very encouraging. For example, a study is ongoing to address the issue of grouped classification of streets or lots and we hope that the outcome will be a comprehensive plan to preserve the city centre. 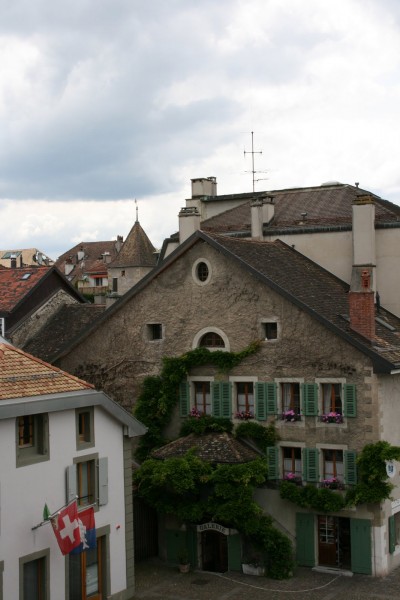 While the current situation is encouraging, challenges remain and will continue to be raised simply because of the growing demographic pressure as well as the desires of individual owners to improve, refresh or rebuild their properties. Thus our society needs to remain alert and active.

The society has as only means its membership fees and the devotion of its committee members to carry out its tasks. To maintain interest in its activities, local visits to points of interest with access to the builders or architects involved are organised a couple of time a year as well as focused short trips to other cities to view historical or heritage monuments or understand urban planning developments elsewhere.

We look forward to the opportunity of organising a celebration for the opening of the site of the Roman amphitheatre, date as yet uncertain! 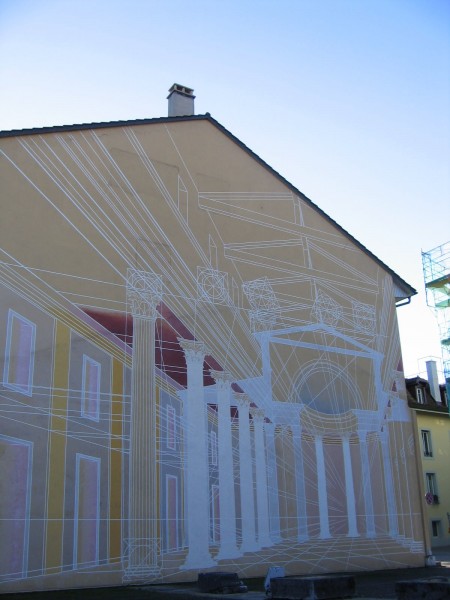 The society has a website: urba-nyon.ch in French but with an integrated Google translator

The site features background information about history and planning issues and includes short articles and is open for comments and questions. A printed bulletin (in French) is also published twice a year for its members.

The committee is composed of 10 members, some of which are consultative members. All the proceedings are in French, but some members speak English.

Georges Darrer is Swiss with a multi-national background. He speaks fluent English and is particularly keen to help integrate local and foreign communities which he sees as a fertile ground for mutual understanding and appreciation.Membership is open to all and very welcome, as are candidates to participate actively in the society. “