There was a good turn out of women (and some men) at the Women’s Strike in Nyon today (14 June). Events began early in the town and carried on right until the late afternoon, culminating in a march from the castle to the railway station. The traffic was held up by the marchers but there was a good atmosphere all round and the police re-routed cars and trucks to enable the march to continue.  The Women’s Strike across Switzerland made in onto the BBC News, CNN and in the Guardian today.

More marches will take place tonight in Geneva and Lausanne. 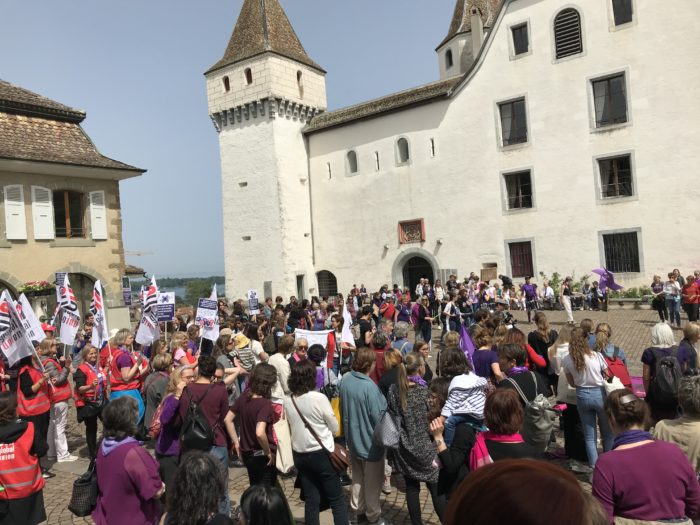 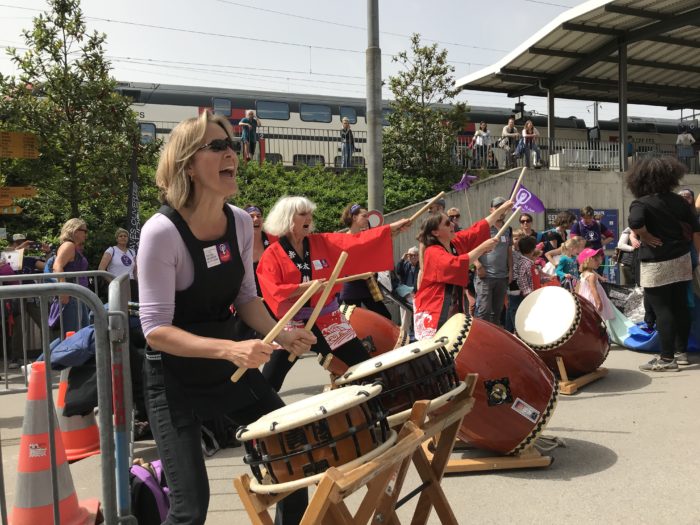 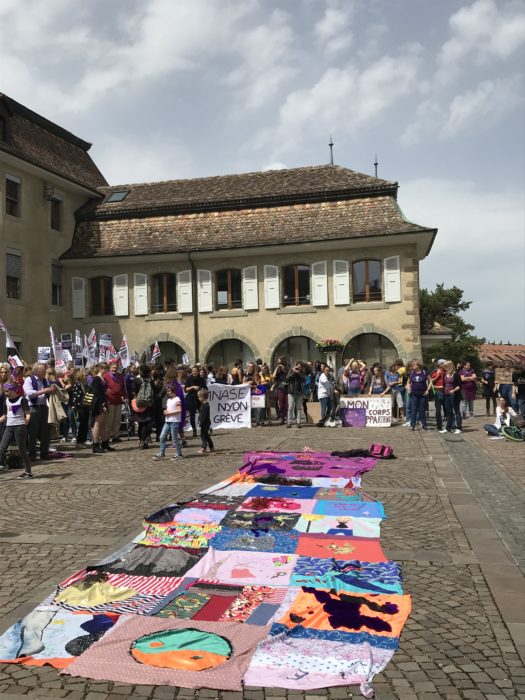 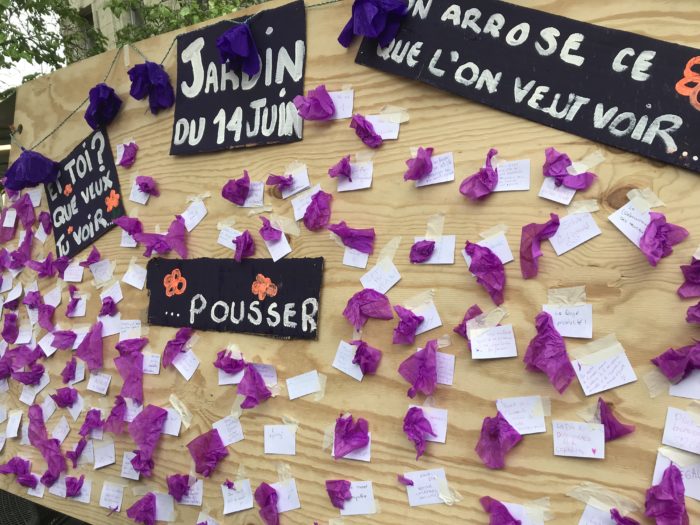 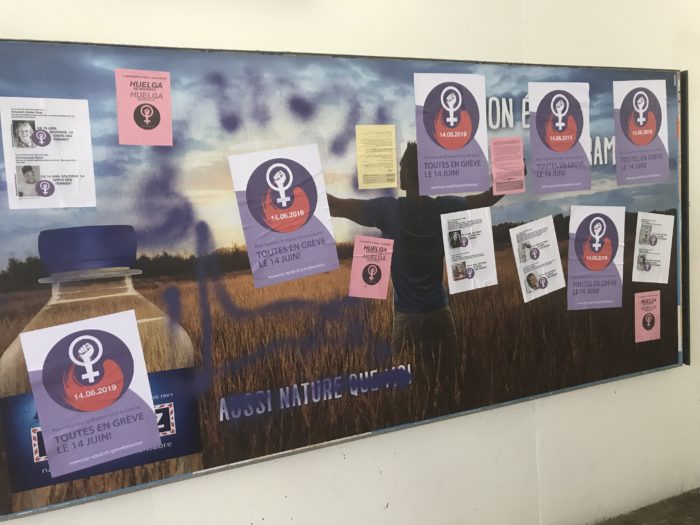 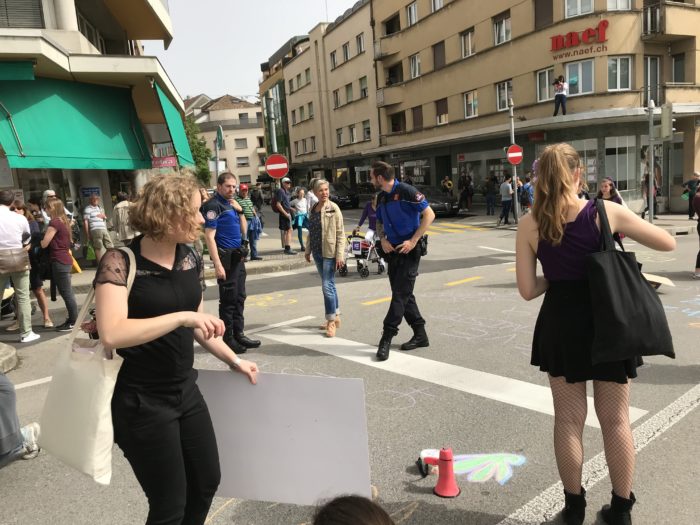 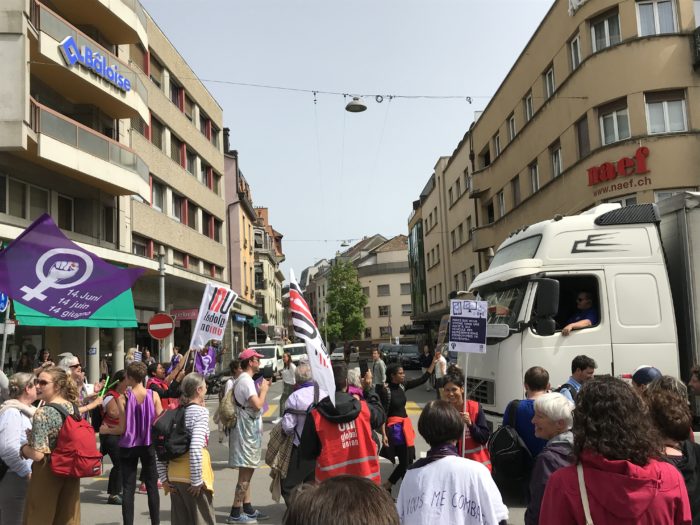 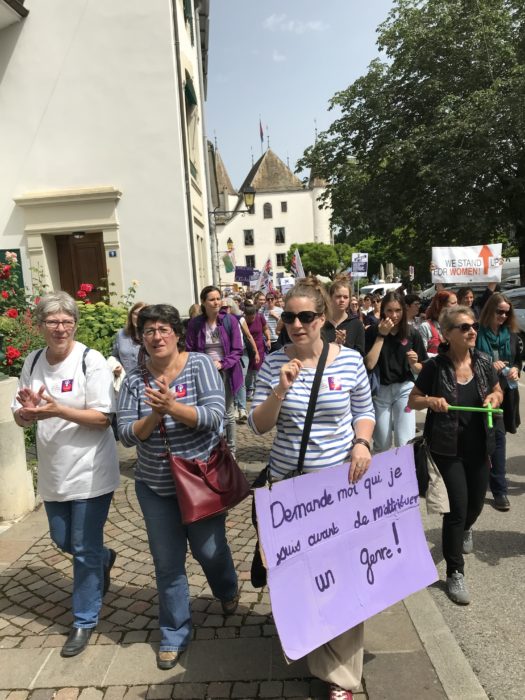 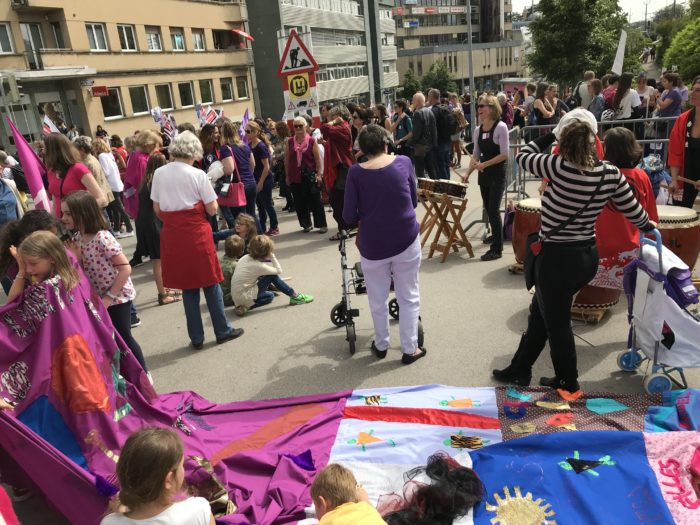 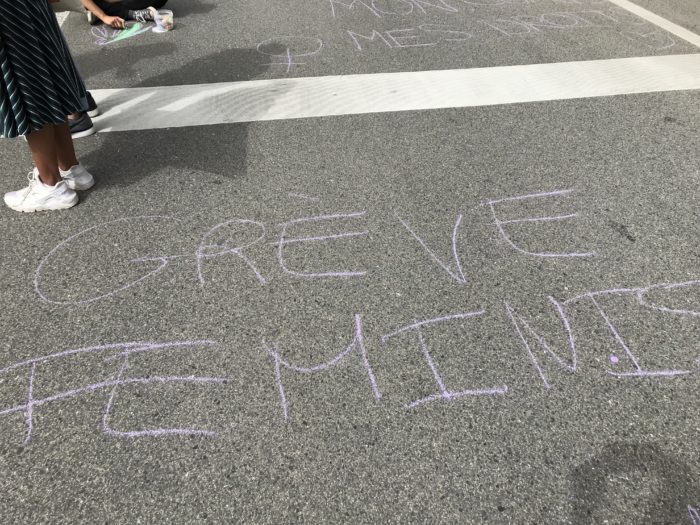 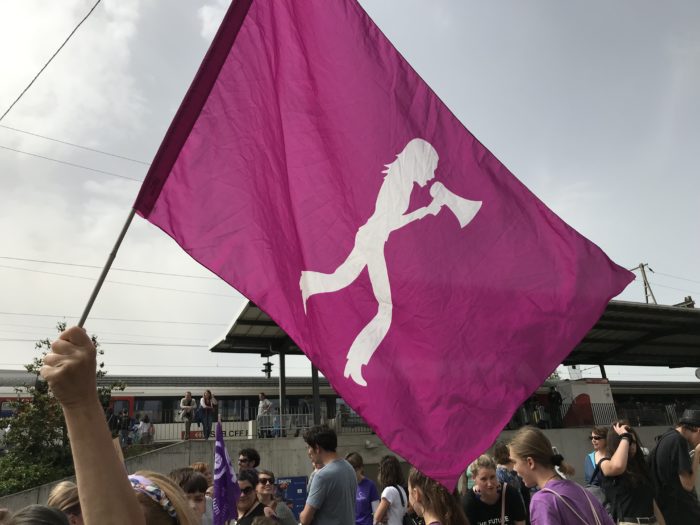 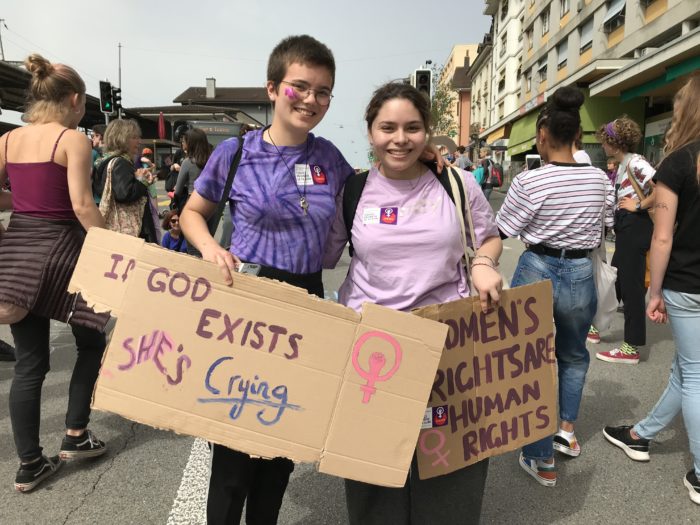 Photo above –  Nicole and Mila at the Women’s Strike. 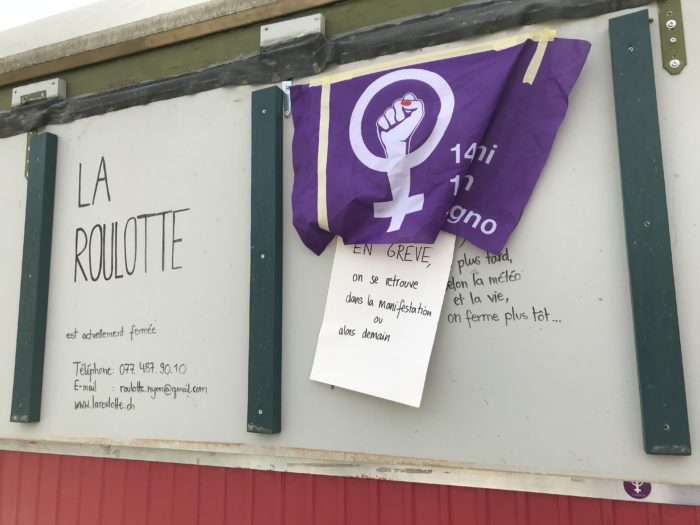