The music goes on at Paléo and the festival is now into its final day.

But you don’t necessarily have to always be within the Paléo grounds to hear interesting music Over the six days musicians and buskers spring up all over the place. Such as this guy who was playing under the railway pass yesterday. He gathered an impromptu audience. 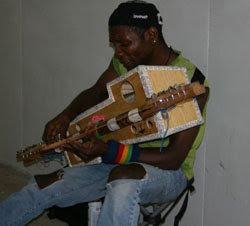 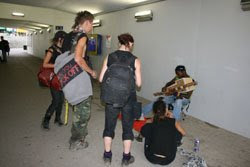 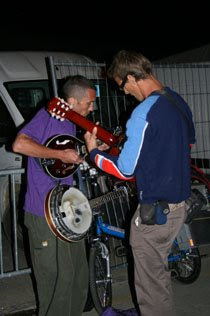 So did these guys above who were playing just outside the Paléo grounds.

As ever the CGN network is doing a fabulous job, transporting all the music lovers back and forwards from Nyon to the grounds, and all through the night and all for free. 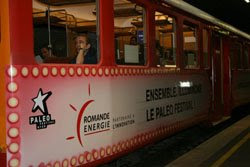 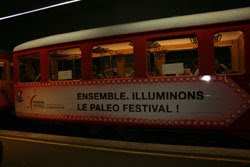 These guys below were on the way to the train station. I’m not sure whether they had mixed up the theme of this year (Brazil) with Mexico, judging by their hats, but what the heck. It’s the atmosphere that makes these festivals and these guys were definitely going to lend a party one to it. 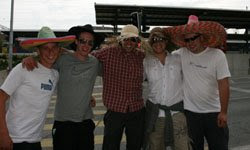