The line-up for Paléo 2018 was revealed at a press conference in Nyon this morning the 20th March. Some of the well-known headline acts include Gorillaz, Depeche Mode, Lenny Kravitz, The Killers, MGMT, Black Rebel Motorcycle Club and there are many other new and upcoming bands and artists on the programme. 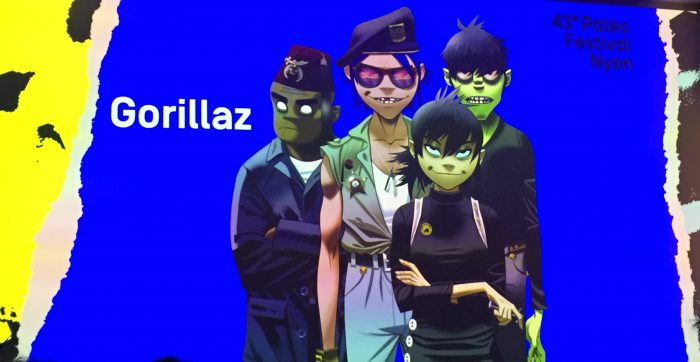 Daniel Rossellat, president of Paléo explained that five out of six bands/artists invited this year have never played at the festival before. Apparently, hip-hop artist Little Simz from London who is performing on Thursday night, Bicep from Belfast and Charlotte Cardin from Canada (she is being called the “new” Adele) are some of the many new artists to watch out for.

There will be music from Southern Europe in the Village du Monde area and the sounds will vary from the Portuguese fado of Ana Moura, to “Havana meets Kingston” a group who mix rumba, salsa and son Cubano with reggae, dub and dancehall.  See Youtube video below

There is plenty of techno and hip-hop on the line up this year including reggae with Soja and Jahneration playing on Friday.  To see the full line up for this years’ Paléo, click here

Tickets go on sale on Wednesday 28 March, at 12:00.  Living Nyon recommends that readers either get in line early at any of the retail outlets or at the Paléo shop, or get online ready to buy when they are released. They sell out very early  – usually within a few hours.