Due to the current Covid-19 situation, many events in Nyon and the surrounding area have been cancelled, from the Green Film Festival (which was due to take place this weekend), to the cancellation of special cruises on the CGN ferries. 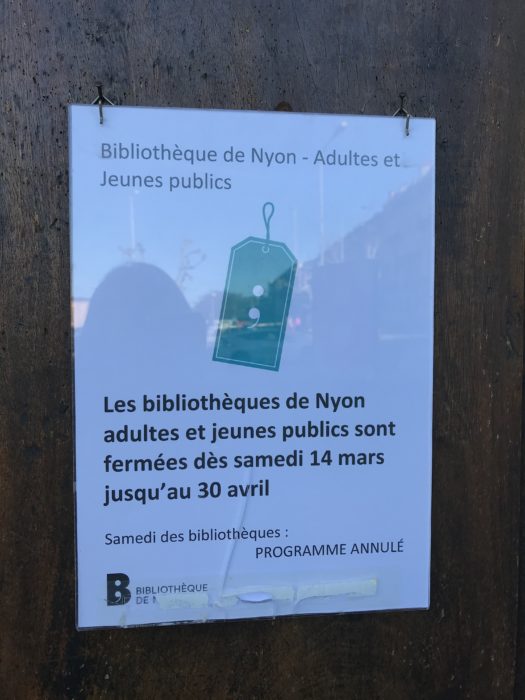 Local schools have been closed, sporting fixtures have been postponed, La Garenne zoo and other venues are now closed. Nyon public library is closed until the 30th April. 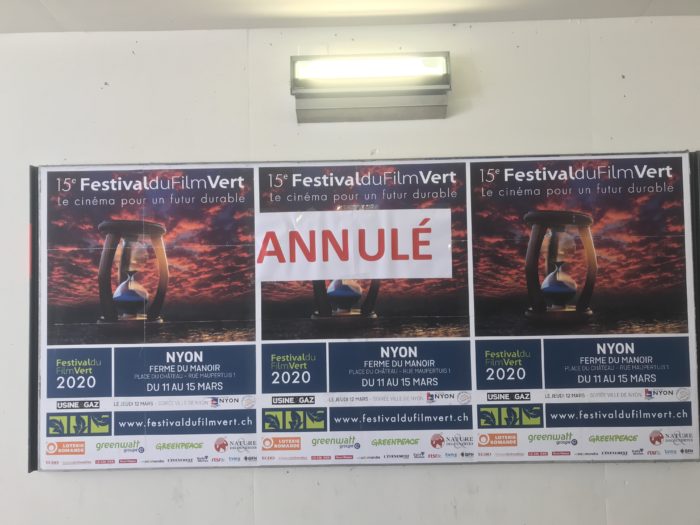 Many music venues have also announced they are closing until the 30th April, even the line up for Paléo (originally planned to be revealed on the 23rd March), has been postponed until May 5th. Tickets will now go on sale on May 13th at noon.

More information about the emergency measures that Switzerland has put in place, see this article on Swiss Info here 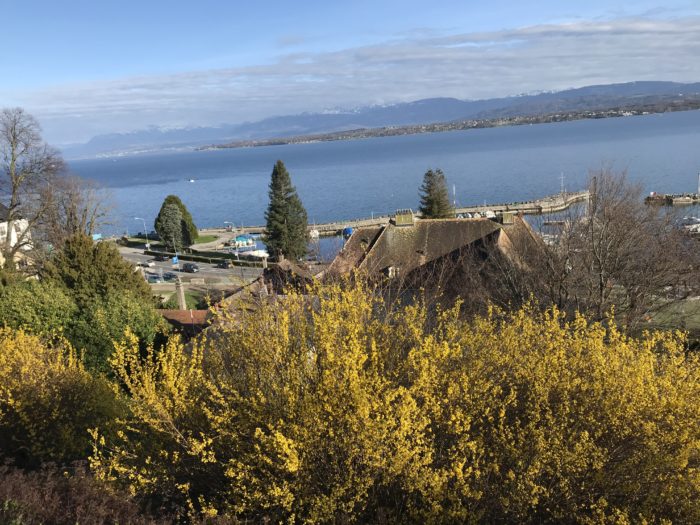 However, the weather forecast for Nyon over the next few days is very good, with lots of sun and warm temperatures, so even though events have been cancelled, we can still *get out and enjoy the scenery. 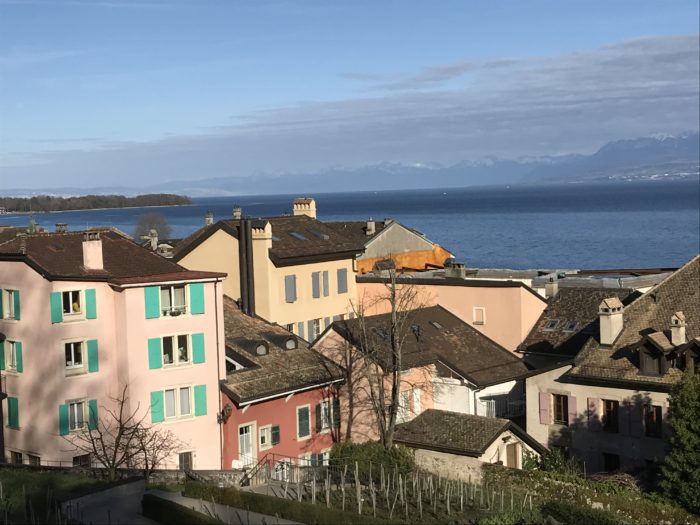 La Côte tourism has an App which recommends lots of walks in the area. See previous article here. Nyon council has also produced a map of suggested walks around the town.

The government has not yet closed down restaurants or bars but it has limited access to a maximum of 50 people at any one time.

*keep in mind, the WHO guidelines for social distancing 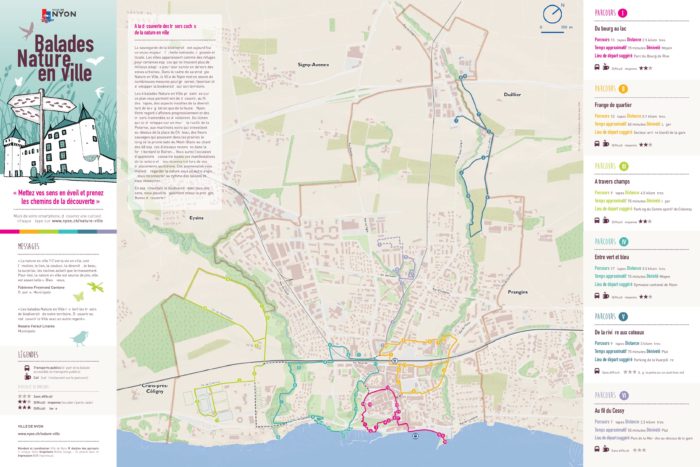 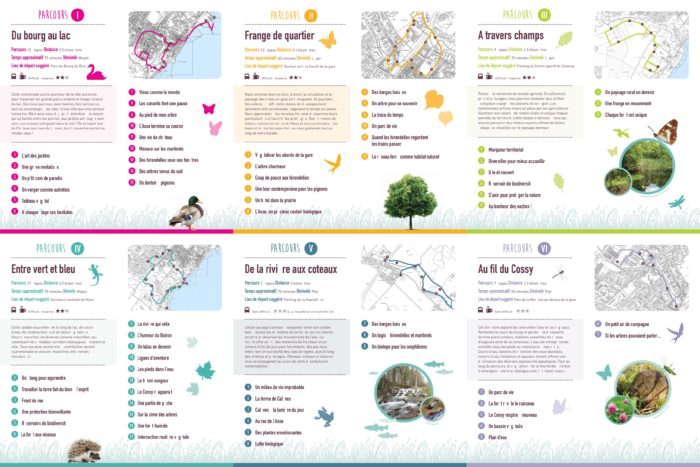 Photo below – the Protection Civile were providing advice on Coronavirus to members of the public at the Saturday market in Nyon today. 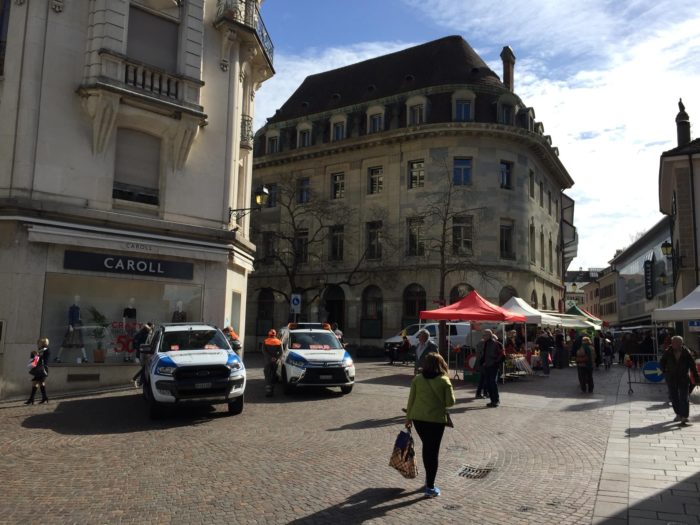