From time to time, Living in Nyon highlights articles from other websites in Switzerland that readers may find interesting or useful. 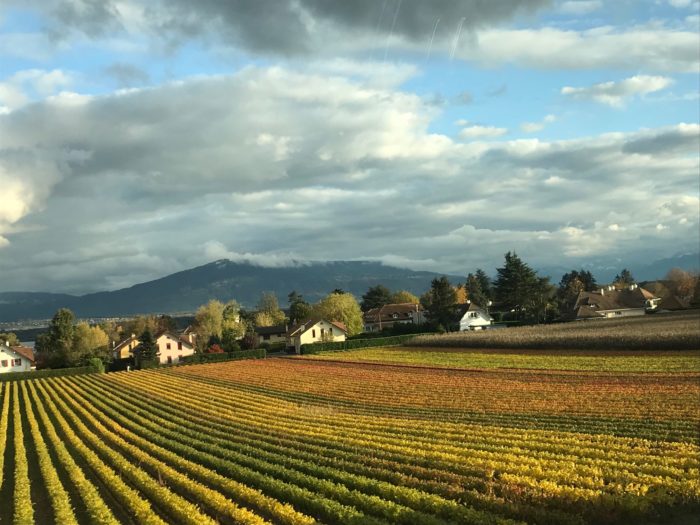 Photo above – C.Nelson-Pollard. Coppet as seen from the train, en-route to Geneva.

Ban on Polluting cars in Geneva

This first one here from Swiss Info (the international unit of the Swiss Broadcasting Corporation) brings the news that from January 15th 2020, Geneva authorities have approved a measure to ban the most polluting vehicles driving through the city centre when air pollution reaches certain levels. See article here.

Scrabble in English in Switzerland

Did you know there is a Swiss English-language Scrabble Association (SESA)? Know-it-all passport has an article on their website about this association. Click here to read an interview with the president, details of when the club meets etc.

La Côte – Column in English and What’s On in the area.

A reminder that there is a Living in Nyon column published (in English) in La Côte newspaper every Friday. It’s a light hearted column that takes a look at Swiss life from a British point of view and it also explains a little bit of Swiss life, customs and culture to the expatriates who live in the La Côte area.

La Côte’s Friday edition also has a section dedicated to what’s happening around over the weekend in Nyon, Gland, Morges, Féchy, Begnins, Allaman, Crans-Près-Céligny and other surrounding villages. Looks for the section called “Sortir sur La Côte”.  You can pick up a copy at any newsagent, or read articles on line for a small subscription.

Note, La Côte is currently offering a trial 2 months subscription for the price of one.

Dates of the Christmas Markets in the area

Nyon Région Television has produced a useful little video listing the dates and locations of all the Christmas markets in the area.

Each programme contains some fabulous reports (with superb photography and filming) of Swiss places and of individuals who work (particularly in nature) in this country.

From the work of wildlife photographer Vincent Munier  or the king of ice climbing who climbs in Zinal, Kandersteg and Saastal – scroll to 32.50 on the link here, to a report on the work of two helicopter pilots working in the Alps (scroll to 32.20) link here. They are well worth watching!