From the 22nd April until November there will be a weekly outdoor fresh produce market situated next to the railway station in Gland.

This market, is scheduled to be open every Wednesday from 16:00 – 20:00. This schedule has been timed to coincide with rail commuters returning home after work. Initially there will be around 12 stands, including a fishmonger, a butcher, a baker and a market gardener. Other fresh produce businesses will be invited to join the market in the future. 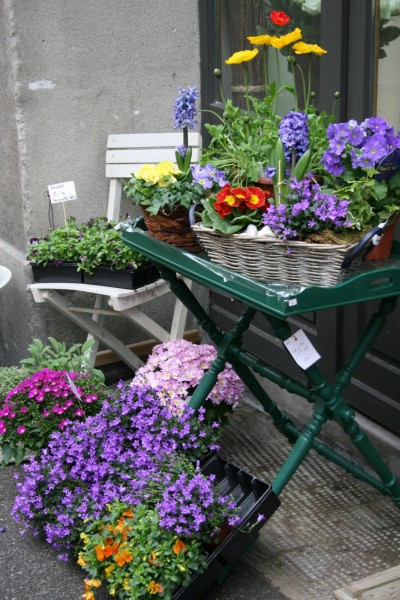 Other good news for residents of Gland is that this year, Visions du Réel, the annual documentary film festival in Nyon (17th April -25th April), will screen some  of the fesitval’s films in Gland. All films under the section “Grand Angle” at the festival, will be shown not only in Nyon, but also at the Théatre de Grand-Champs in Gland. Free “navette” buses will shuttle between Gland and the Village du Réel central area in a new partnership between the two towns. The shops and commerces of Gland will also participate in the festival’s annual competition for the best “film related” decorated window. Members of the public and festival goers are invited to participate in the competition.

Meanwhile, over in Nyon, check out some of the town’s fountains which have been decorated for the Easter season by volunteer groups and local associations. At the moment, there is no water in the fountains and sadly one of the fountains has already been vandalised, however there are still a few around the town to see! 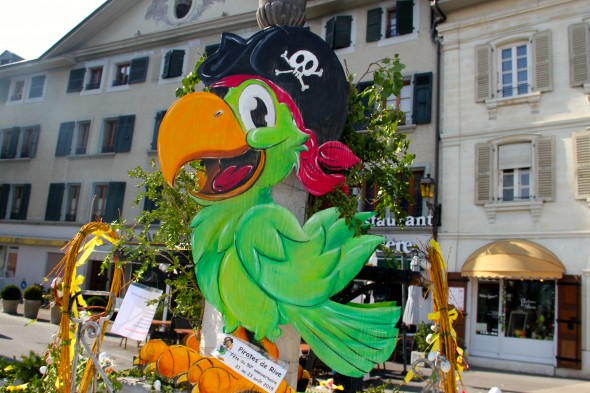 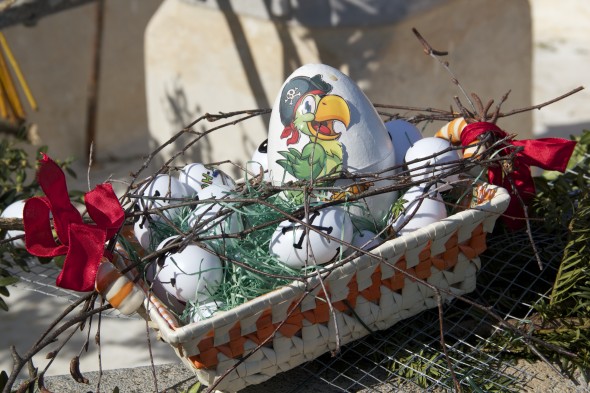 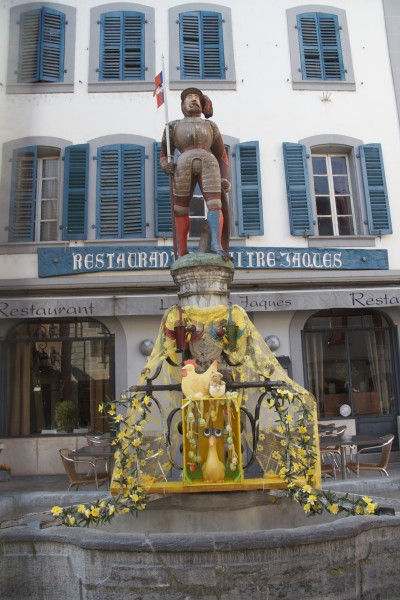 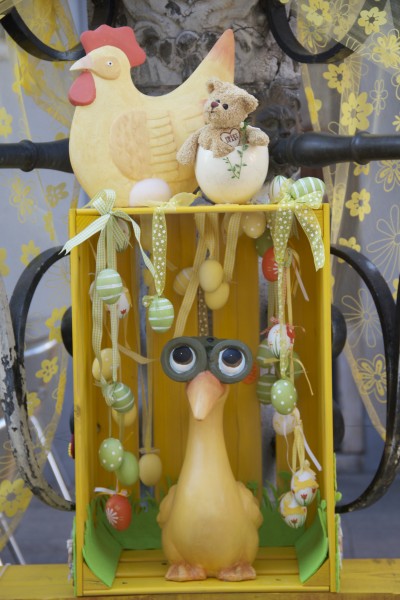 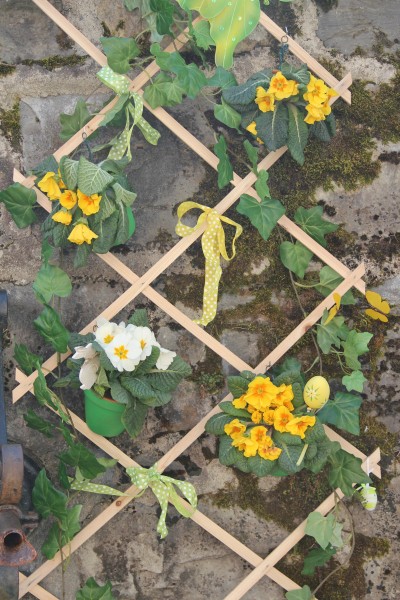 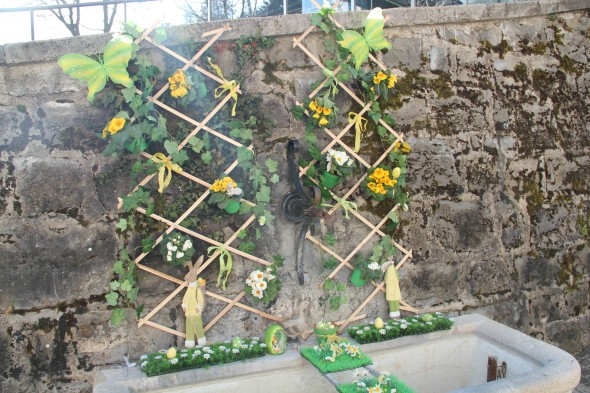