The Monday movie in English at Nyon cinema on the the 2nd December will be “Le Mans”, starring Matt Damon and Christian Bale. Screenings at 17:30 and 20:30 – Tickets here

Synopsis  -The true story of a team of eccentric American engineers led by the visionary Carroll Shelby and his British driver Ken Miles, who are sent by Henry Ford II to build a new car that will dethrone the Ferrari competition of Le Mans from 1966.

Note, the cinema is also taking advance reservations for “Star Wars: The Rise of Skywalker”, which will be screened in Nyon from the 18th December 2019. 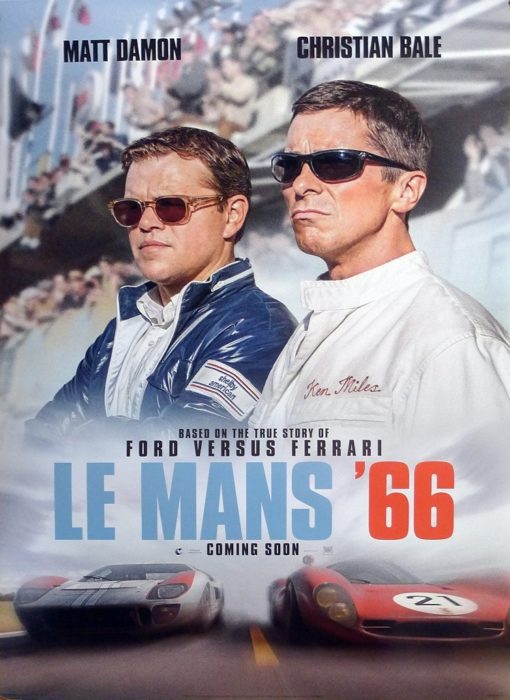