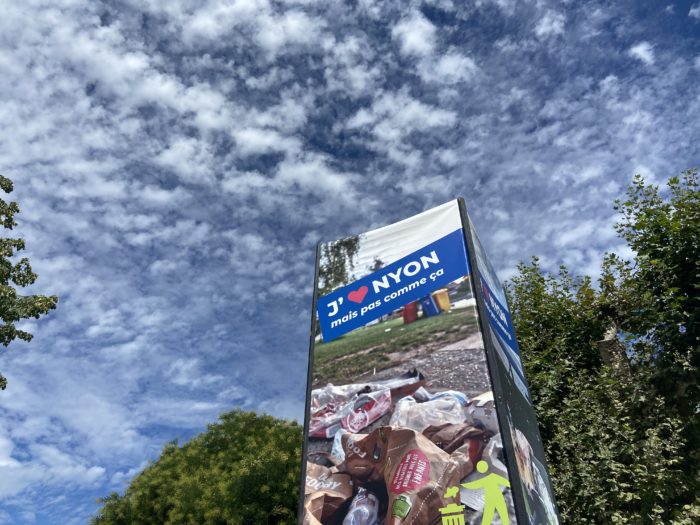 Littering and unrest surged during confinement, and the recovery period from lockdown is proving to be a challenge.

You may have noticed the posters and campaigns around the city appealing to the citizens to stop littering. These are an initiative taken by the city of Nyon and designed by the General Administration in an effort to stem the phenomenon that surged all over the French-speaking part of Switzerland. The cancellation of festivals and many other cultural or sporting events are thought to contribute to it.

Several initiatives have been taken such as the “night captains” system. The City of Nyon and Police Nyon Region have increased their staff in the field and extended their joint prevention and awareness actions. These actions aim not only to inform and educate especially adolescents and young adults, but also and above all to strengthen their self-regulatory capacities so that they become the main actors of prevention.

These measures are meant to curb the unrest and allow festive events to be organised in good spirits once again!