If are looking for a good way to cool off and get away from the hot temperatures, La Dôle could be the perfect destination if you are willing to get up early and don’t mind a walk.

One Living in Nyon reader did just that on Saturday morning. Here’s his advice.

“I jumped on the first NStCM-TPN train of the morning to head up into the Jura. It leaves Nyon at 05:52. It’s a bit early, but in the current heatwave it’s pleasingly cool at that time of day and you are rewarded with views of the sun coming up as the train heads towards Trélex. I got out at the stop at La Givrine which was a cool 16 degrees at 06:40.

The route to La Dôle is well marked by signposts and a steady pace had me there by 08.15. Quite a few others had had the same idea. As ever, the views are spectacular and always seem more awe inspiring so early in the morning. 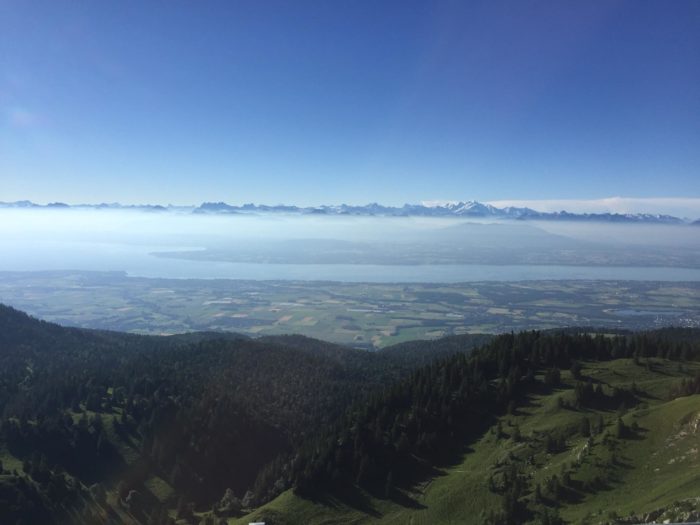 Heading back down, a deer and her fawn crossed my path just off the summit. I headed past La Barillette and was back down in St Cergue by 10.45 (though there is a shorter more direct route).

If you can’t make the early morning train, there is an alternative.

This is to take the train to St Cergue, and walk down to Genolier or Givrins. It’s a nice walk through the forest which is shady and cool, and also has nice views down onto the plain and lake. The route sets off directly from the station. It’s not so well marked initially – walk alongside the rail line (the right hand side as you walk down) and the path will become apparent once you enter the forest. For the first half kilometre or so, it hugs the railway (at one point you have to navigate a tree (marked for cutting) that seems to block the way. After that it’s well marked. At a certain point you can then decide whether to walk to Genolier or Givrins (the latter is slightly longer, but in shade almost all the way). 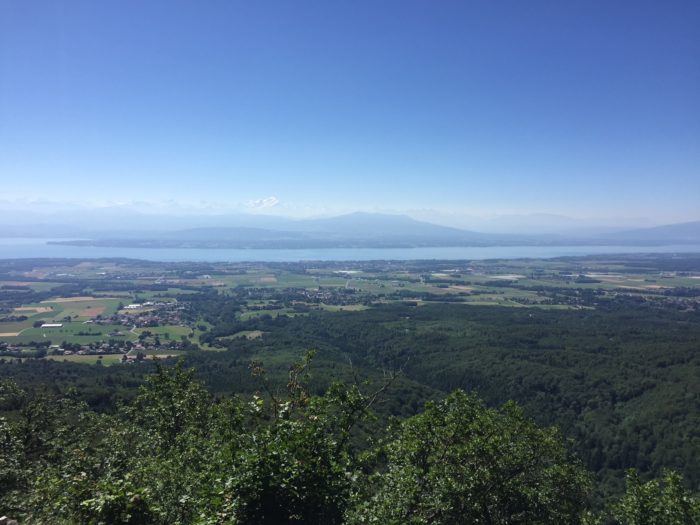 Whichever village you end up in, the train can then take you back to Nyon in comfort. All the train times are on the CFF website in English and there is a ticket machine at the actual platform for St Cergue – go through the underpass at Nyon station and you will find the steps to the platform on the right hand side. This is opposite La Roulotte – an old railway carriage, a good place to have a late breakfast or a beer on your return!” 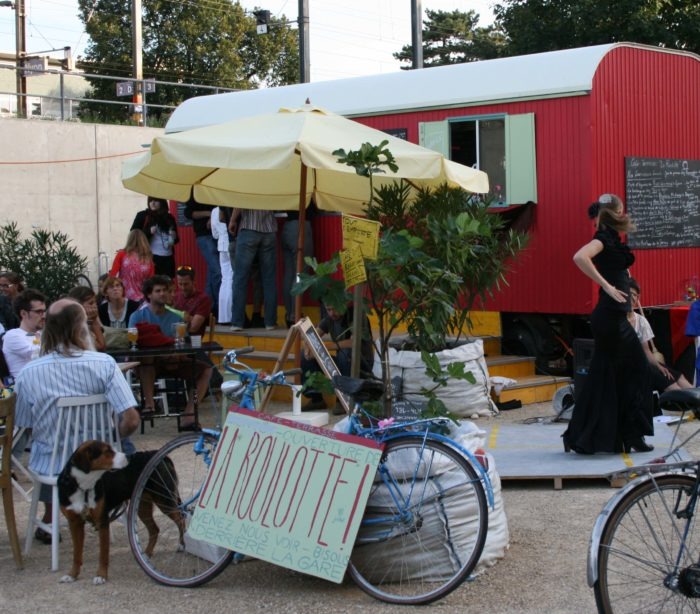