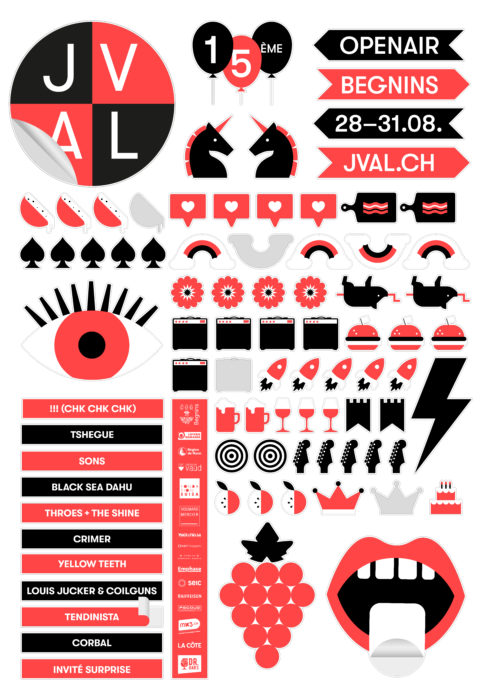 The last, local open air music festival of 2019 is the Jval festival. This will take place over four nights from the 28th – 31st August in the heart of the vineyards near the village of Begnins just above Nyon. See video below of the festival in its glorious setting.

There are free shuttle buses from both Gland and Nyon to the festival. Parking is possible but you will have to park pretty and parallel in specific places along the vineyards!

Jval is celebrating its 15th anniversary this year and has an interesting line up of bands over the four nights including the band !!! (Chk, Chk, Chk) coming all the way from Sacramento, California (see video below).

and Throes and the Shine – Guerreros (feat La. Yegros) from Portugal/Angola