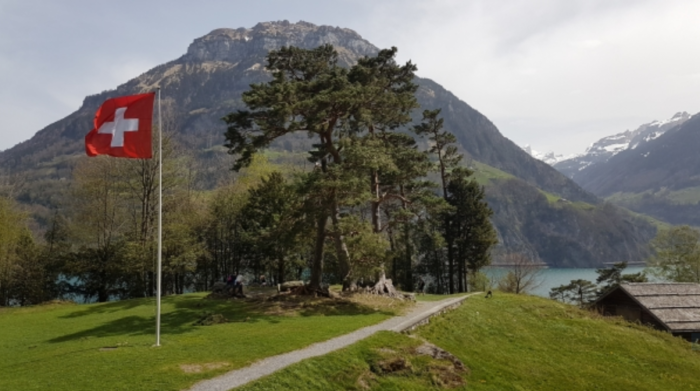 4 national languages, 26 cantons, rotating presidents… Inside Switzerland demystifies the confederation for us!

This informative series of short articles: “Inside Switzerland” is brought to Living in Nyon thanks to Jon Wyler. It gives us some insight into our wonderfully complex and highly efficient country.

Now that the history and the foundation of the country are clearer. What’s with all the languages and what law applies to where?

Regional differences
Switzerland is commonly divided into 4 linguistic regions – German, French, Italian and Romansh. While the progressive cantonal additions and languages explain regional differences, these have been maintained because the Helvetic Confederation* was founded as an alliance originally, never a country. Someone from Geneva is likely to have more in common with a person from across the French border than from Lugano, who in turn will feel closer to someone from northern Italy. The strongest divide can be felt across the röstigraben* with Germanics often being looser in family relations and more rigid at work. The welschs*, commonly the term Swiss Germans will use to refer to the French speaking population, are considered the opposite!

The Cantons
Some things are national such as the military & currency (both of these only since 1848), while cantons retain a large degree of independence. This is why for example the “Jeûne Genevois” and the “Jeûne Fédéral” (the link is in French) are not on the same day, or why the following Monday is a Public Holiday in Vaud but not in Fribourg. Although strongly influenced by neighbouring cantons, border cantons are also influenced by neighbouring countries – people in Geneva say “quatre-vingt”* like France whereas those in Vaud and Fribourg say “huitante”. There are cantonal stereotypes, which in Switzerland are good-heartedly used to chide each other.

Up next in the series: The Swiss values and their underlying meaning!

Jon Wyler is a Swiss/Luxembourg bi-national, who grew up between Geneva, Hawaii and Beijing. Hospitality-trained, he has for most of his life followed his passion working in live music production, which took him around the world. Jon recently settled on the shores of lake Neuchâtel with his German wife who’s trying to figure out the in’s & out’s of her adopted country.