The covered ice rink has now opened in Nyon and will stay open until the 12th March 2017. This year the ice rink will open seven days a week. See the full schedule here

There is also a buvette at the ice rink where customers can have a coffee or a fondue. Reservations can also be made for groups, birthday parties etc. 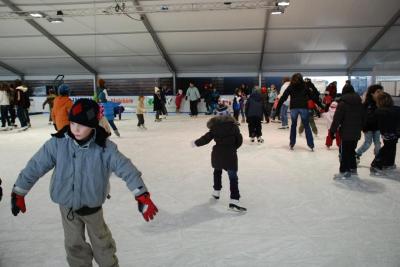 “Indie Folk” at the Parenthèse at 22.00 with band “Folly and the Hunter” from Canada. Free entry.

“Electro Jazz” at the Usine a Gaz in Nyon at 21.30 with band “Electro Deluxe”,  see video at end of this post Tickets here

Sunday afternoon classical concert at the Conservatoire of Nyon at 17:00

This is an innovative and interactive event and will involve all three of Nyon’s museums: the Roman museum, the Léman museum and the castle of Nyon. More details to follow. See Facebook post here or main website here