A gala concert  ‘In Remembrance’ will take place at the Rosey Concert Hall in Rolle on Saturday 9th November at 20:00.

Commemorating the 80th anniversary of the outbreak of the Second World War and the 75th anniversary of the D-Day landings in Normandy in 1944, this concert is in aid of the Invictus Games Foundation. Founded by HRH Prince Harry, the Duke of Sussex the charity uses the power of sport to inspire recovery, support rehabilitation and generate a wider understanding and respect for wounded, injured and sick servicemen and women from all nations. 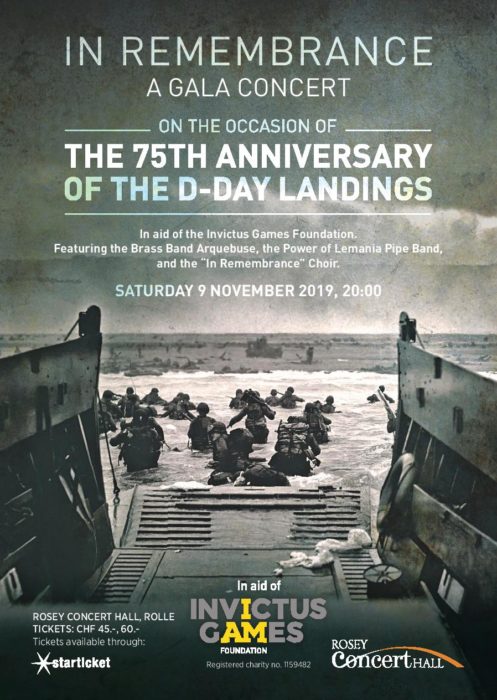 The concert is an unusual and exciting collaboration between the Military Vehicle Conservation Group of Suisse Romande, the Brass Band Arquebuse Genève and Le Rosey Foundation. It has been coordinated by an organising committee keen to commemorate this special anniversary of the turning point of the Second World War, leading to peace in Europe.

Tickets can be obtained online here.