Every Easter the fountains in Nyon are decorated by the various clubs and organisations in the town. This year, the International Women’s Club of Nyon (IWCN ) has decorated one of these fountains to celebrate nearly 30 years of the club’s existence. 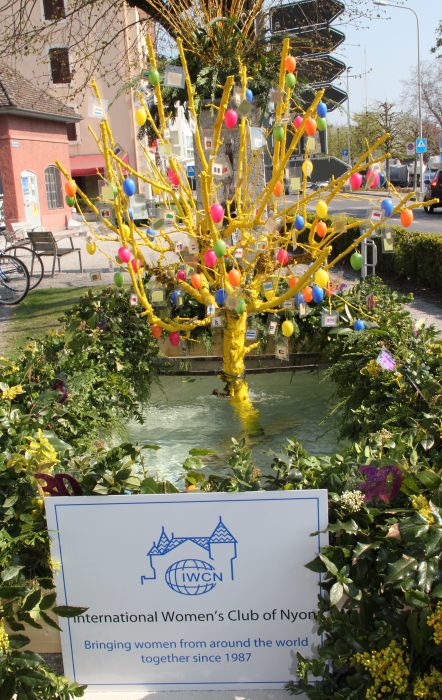 The IWCN was founded in June 1987 as a non-profit organisation for English-speaking women residing in Nyon and the surrounding region. IWCN has been welcoming women from all corners of the world to Nyon during that time, from Swaziland to Switzerland and further afield. 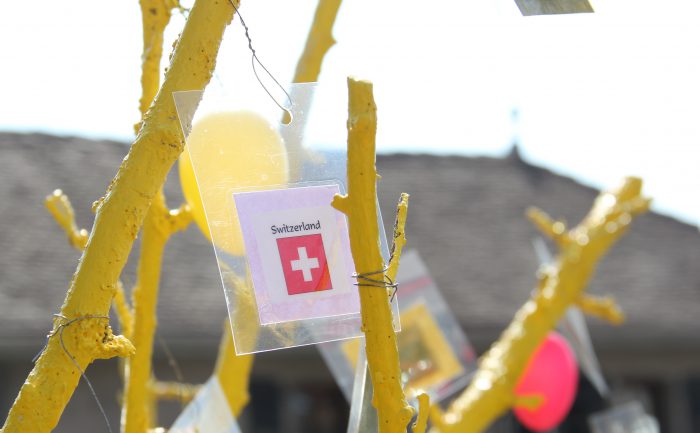 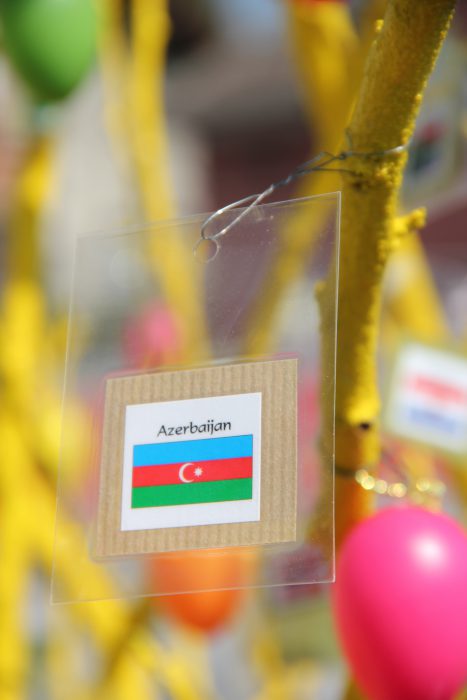 The club’s purpose is to promote friendly contacts among women of all nationalities through multiple activities, and to help facilitate the integration of newcomers. The club consists of approximately 550 members taking part in more than 50 interest groups, ranging from cookery and culture to sports and languages. 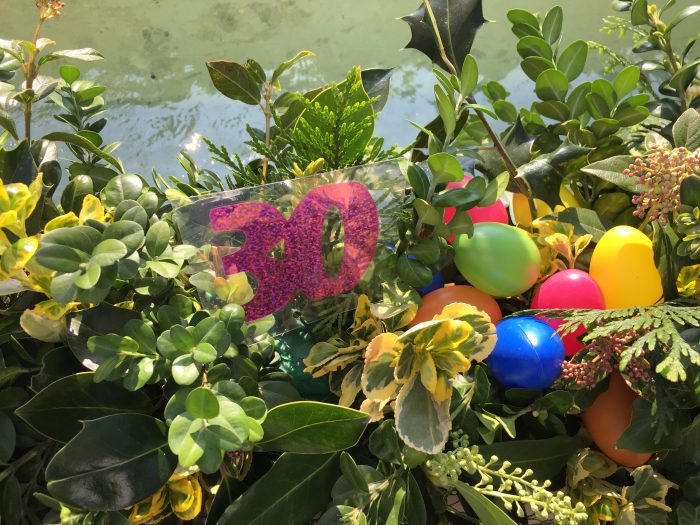 The tree in the centre of the fountain is an apple tree: a feature of the region with many apple orchards in the Nyon area. 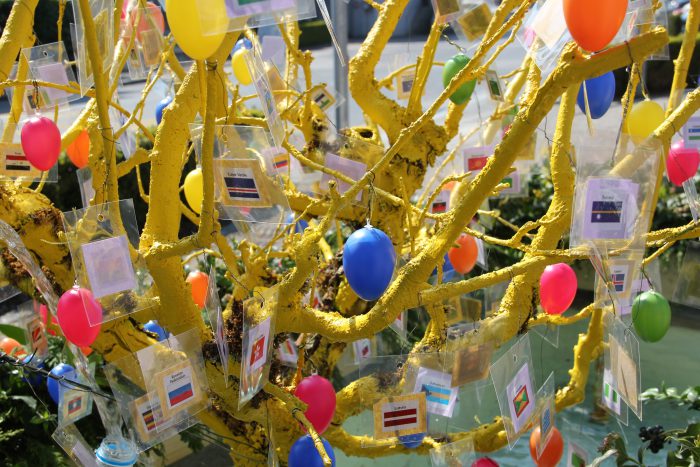 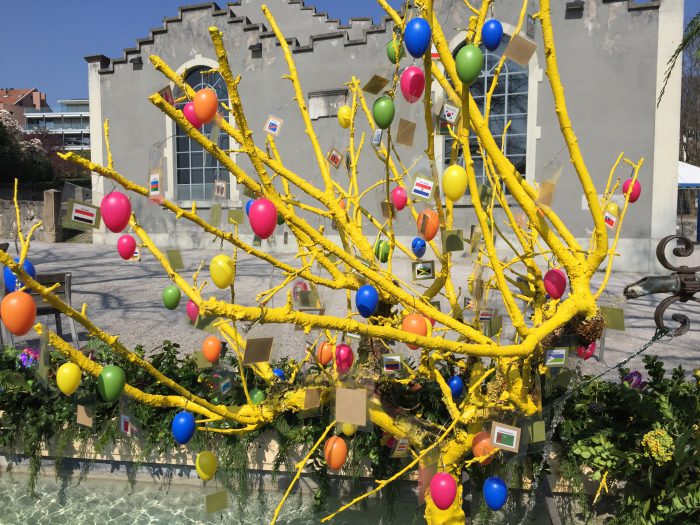 The tree itself represents the roots that newcomers put down when they arrive in a new place and their branching out in new directions. The clusters of eggs on the decoration refer to the different interest groups in the club. The flags represent the many nationalities that are in the club today. 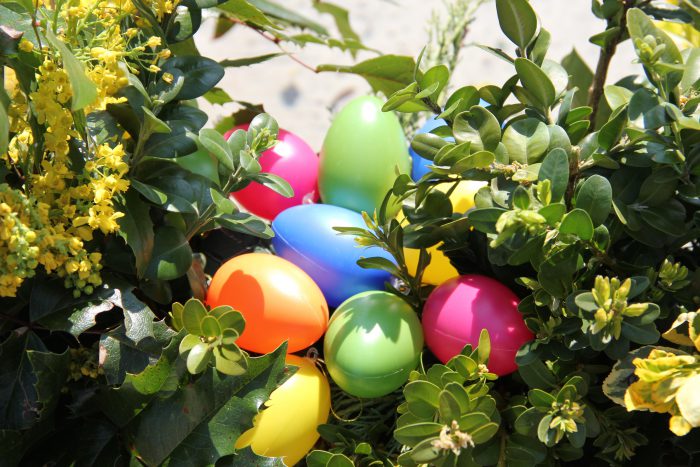 If you want to find out more about IWCN – click here. Their decorated fountain is near the Usine à Gaz by the lake.

There will be more fountains decorated in Nyon over the coming days.  From the 8th until the 23rd April there will be a competition (an entry form can be picked up at Nyon Tourist Board) to do a “tour” of all the fountains. Complete an answer sheet and be in with a chance of winning a prize. 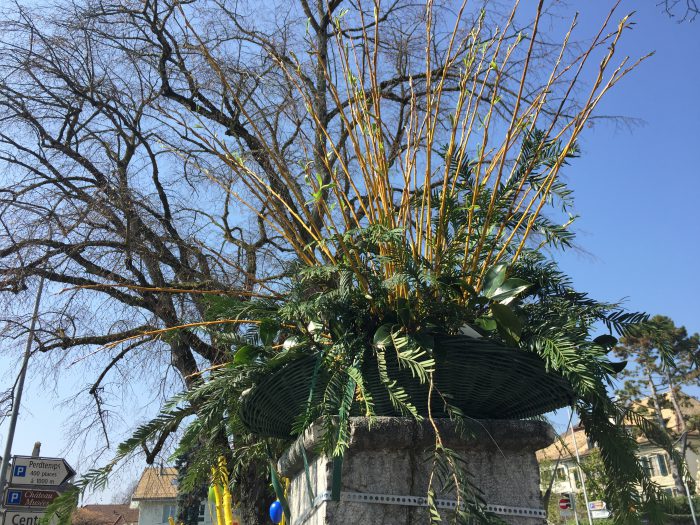 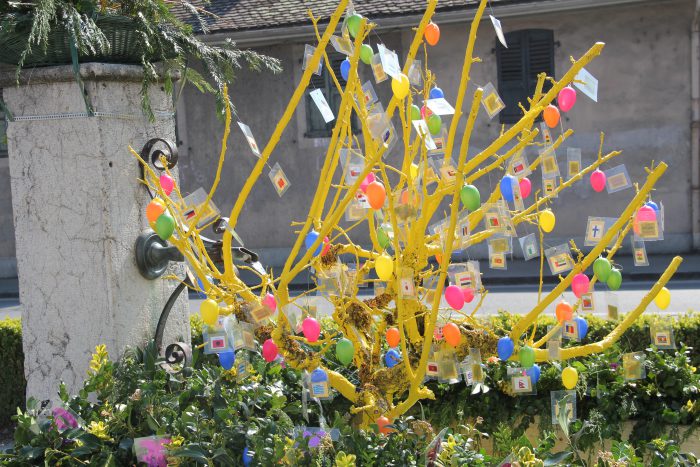 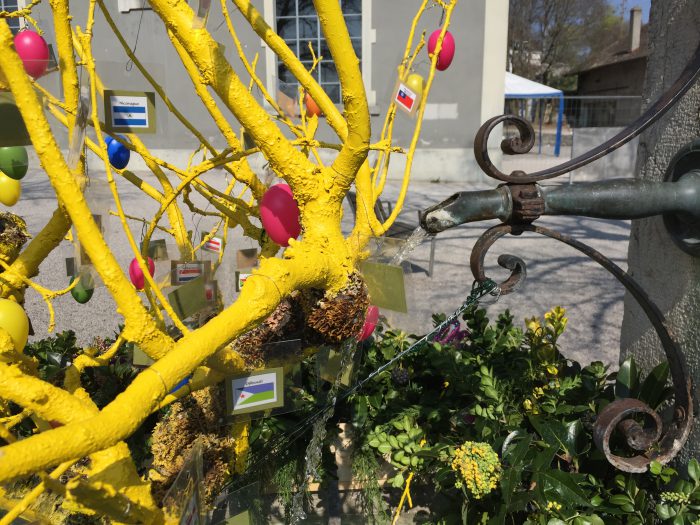