This is a second part of a feature “Living and Working in Eysins” (see part one here). Here we speak to the commercial director of the Terre Bonne business park, set just on  the outskirts of the village.

With over 400 staff already in place, and a planned total of 1,500 due to be established over the next few years, the Terre Bonne Business Centre in Eysins is set to become a major hub for multinationals in the Nyon and Eysins region. Axel Niels, commercial director of Nemaco Suisse SA, the development firm behind the 45,000 m2 business centre, (see brochure) spoke to Living in Nyon about the centre and its future plans. 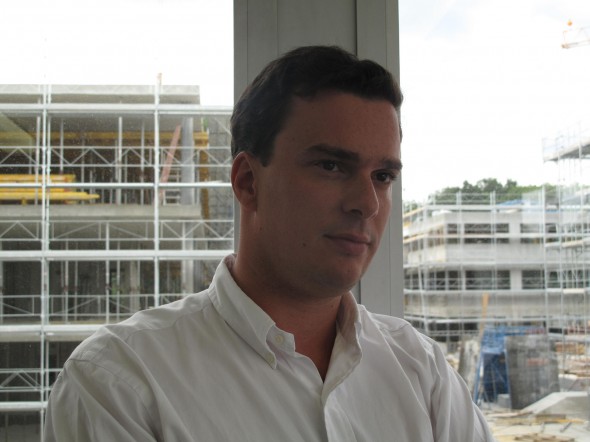 Living in Nyon began by asking Mr Niels why there is still an ongoing trend for multinational companies choosing to move to this area.

“There are many factors; quality of life, attractive tax incentives, convenience to Geneva airport etc, and in our case being able to provide efficient office buildings with the infrastructure and facilities all at hand in one place. Most companies have already done their research before they even arrive here, so they know that the Lac Léman area is a dynamic place for business. When the representatives of companies actually visit and see all the advantages for themselves, and then they also see the beautiful surroundings, then they don’t really need much more of an incentive to base themselves here. At the moment we have Shire, Regus and Kraft in residence and Lloyds Bank are due to move their staff here from their Geneva office in the not too distant future. There is no industry on site, it is purely an office based business park, the exception being Kraft who have also an on-site R&D facility”.

Niels began his career in the finance industry followed by the real estate business, the combination of the two put him in an ideal position to be part of the development team of the business park, where a total staff of twelve oversee the construction of this massive new project which is due to be completed in 2013.

“There are some challenges of course in this business, we can only provide a limited amount of car parking, this is a federal ruling to encourage greater use of public transport. This can be difficult to explain to some companies where their employees are used to living in a car based society and they never think of using any alternatives. 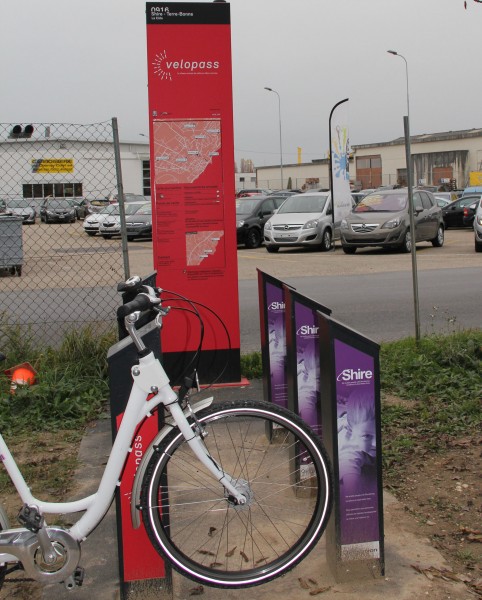 We try to encourage companies to use public transport, we have recently agreed with TPN, the local bus company to extend its line to include a bus stop just outside our doorstep, we have a velo pass bike park in the centre of the business park and we encourage car sharing. As for future plans for the park, we hope to have a crèche on site for the children of employees.

We already have a restaurant called “Francis’ Kitchen” which members of the public can use should they want to, at the moment it is housed in a temporary building, but it will eventually move to a permanent building. The restaurant serves local food as much as it can, bread, meat, fruit and vegetables are all sourced locally. 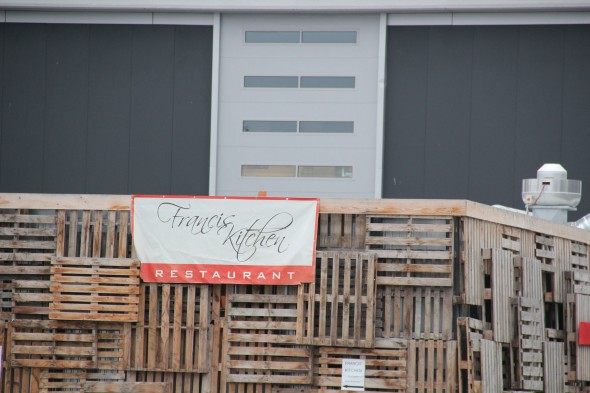 Asked about some *recent criticism by local residents that multinationals moving to the la Côte region are too prone in bringing in their own staff from overseas and do not hire as many local employees as they should, Niels replied; “This business centre can’t dictate who companies hire as most of them have a global hiring policy, however we are aware of the issue and if we can, we advise hiring locally wherever possible. Having said that, there are some companies in the park that do make an active effort in sourcing local staff and getting involved locally.

At Nemaco we are grateful for the tremendous support from the commune and the canton for the development of this park, we already have had positive feedback on the buildings themselves and the quality of construction. I personally look forward to the day when it’s all completed and we have a business park that is full of contented employees. There are a few years to go yet but it is all looking very good so far”.

*This criticism was raised by various members of the audience in a recent debate on the 30th September held in Nyon organised by Globunion, Bilan business magazine and the town of Nyon. The debate was called “And now? The Growth of L’arc Lemanique – Chances and Risks” (details of debate here) with videos from some of the participating members).

Other issues raised at the debate were the difficulties of locals being able to find affordable housing due to the high prices of rental properties in the area, and how the area can develop sustainably whilst encouraging business. Amongst those present at the debate were Frederique Reeb Landry, Director General of Procter and Gamble, Devendra Rana of WWF, Lise Thorsen mayor of Copenhagen, and Reindert Hoek, mayor of Utrecht (these latter two were invited to pass on the experience of rapid business growth in their own cities and how they tackled similar issues to that in La Côte area).