Flavie Scholtz, President of the Festival, tells us more about the festival, its tour around Switzerland and how this Parisian (now a Nyon resident) became involved in environmental issues. 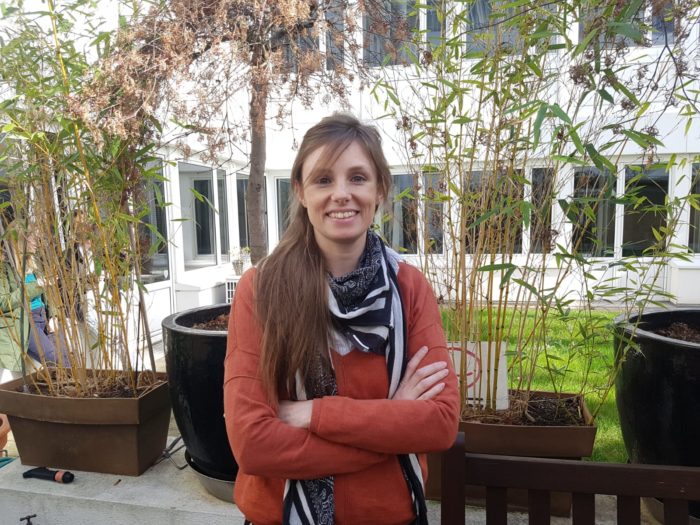 What is the festival all about?

“The Festival du Film Vert takes place each year in March in 60 Swiss cities – and even a few French ones. Its roots are here in Canton de Vaud as the very first edition occurred in Orbe back in 2006. Nyon joined in 2007 and is now one of the biggest edition with over 1,000 attendees.

The festival aims to address global environmental challenges – energy, waste, water consumption or biodiversity just to name a few. We pride in having high-quality documentaries, selected not just for their topics but also for their cinematic qualities. The festival takes place at the Ferme du Manoir, located at the very heart of the town in the Place du Château.  See the programme here.   Facebook site here 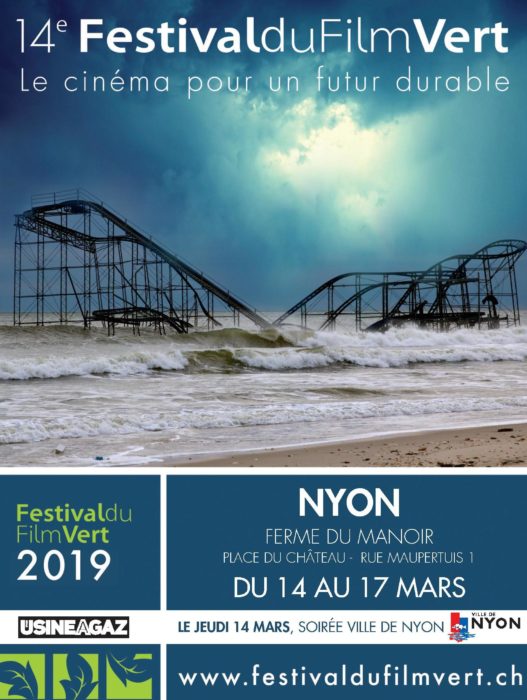 A festival for everyone – guest speakers on environmental topics

We make sure the festival is for everyone, those who are already familiar with environmental issues and want to get a better understanding of some topics, and those who want to discover more. We make sure we have a guest speaker for each screening so the audience can have a discussion about the issues.

The festival is affordable: the entrance is only CHF 10 and we will also have a short-film programme that is completely free.

One of the films that will be screened in English is “Living the Change” on Saturday 16th March at 18:30.

See the trailer below.

This film explores solutions to the global crises we face today through the inspiring stories of people pioneering change in their own lives and in their communities in order to live in a sustainable and regenerative way.

There will be films about biodiversity conservation, including some filmed here in our region. Addressing the actual water shortage that we experienced last summer, one film is covering different types of water issues and propose scientific and pragmatic solutions.

Besides the screenings, the festival is also a great place to hang around since as there will be a bar, there will be a forest installed in the Ferme du Manoir, with animators welcoming children to workshops. There will be several associations present, including Demain La Côte and Zero Waste Nyon.

Make your own natural deodorant and toothpaste

There will be a workshop on Saturday 16th March at 16:00 run by Zero Waste Nyon on how to make your own natural deodorant and toothpaste.  Cost of workshop CHF 7 – Reservations required call – Nadine Heim 079 -383 94 68.

Tell us more about you. How did you become the festival president?

I was born and raised in Paris –a place with a lot of air pollution – and I can still recall how revitalizing our family weekend walks in the forest where when I was a kid. I also remember being deeply moved by the movie “Gorillas in the Mist” starring Sigourney Weaver when I watched it at the age of seven  – that was my very first shock at the crossroads of environment and cinema I would say!

I started my career in the industry, working for multinational companies, but soon enough became discouraged by the pollution caused by their activities, not to mention the tax dodging and lobbying issues.

Since 2010, I have been working for an NGO and now for the public sector. I have also been volunteering for several environmental associations, mainly one fighting Amazonian deforestation for 6 years.

When I moved to Nyon in 2015, I was immediately curious about the festival and had the chance to join the team in 2017. In May 2018, the committee voted me as president of the festival”. 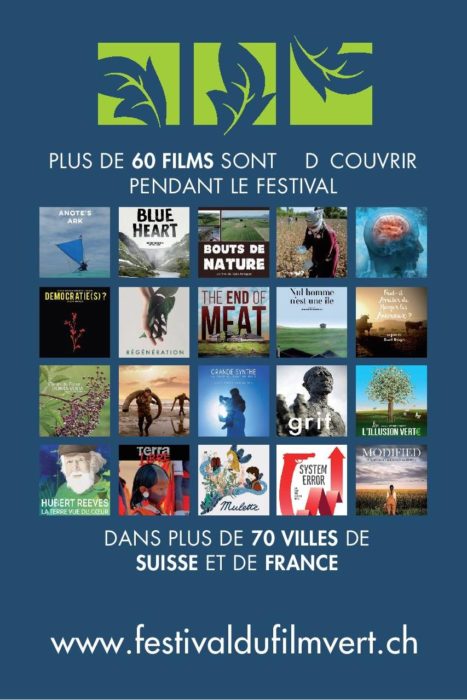 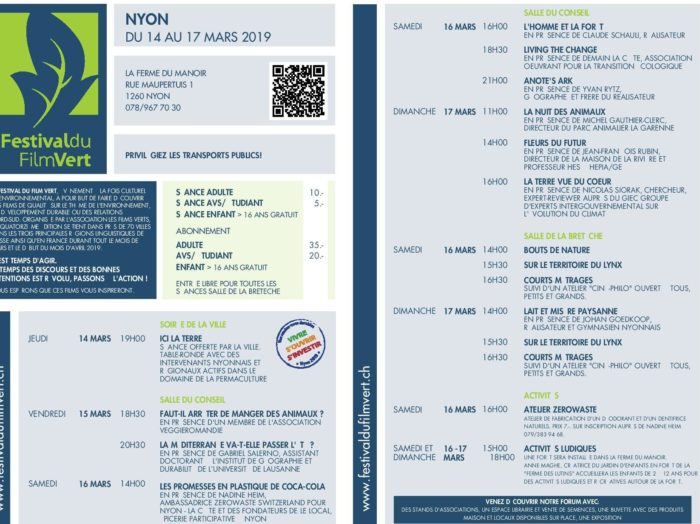