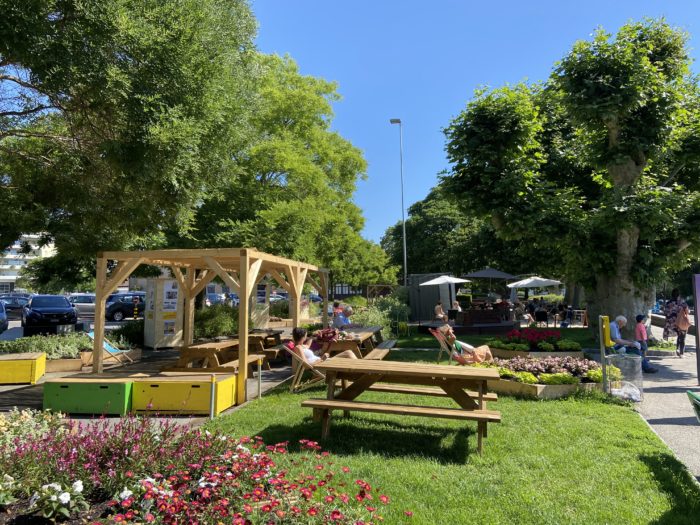 Loungers, a giant chess game, a maze as well as a bar!   Giving Perdtemps back to the People

If you have recently been at the Perdtemps parking, you may have seen a section now taken up by loungers, a giant chess game, a maze as well as a bar and plenty of colourful flowers. You can even grow your own fruit, vegetables or herbs there in the soil that has been made available for this purpose!

This is the temporary “Jardin Ephèmère” or ephemeral garden, and it is back after a successful first summer season last year when it was on the square from May to August. This year, due to the coronavirus uncertainty and restrictions, it only went up on the 18th of June, and respects the hygiene rules.

The town has taken on board feedback from the previous season and has improved upon the facilities this year.

Whilst an ephemeral plant is one marked by short life cycles, the term ephemeral garden is typically a short term garden installed in the city centre and often brings with it a sense of community as well as rich biodiversity and plant varieties.

The space is testing ground to understand what the people of Nyon would like their future park to become.

Over the years there have been several such projects like the Grand Jetée (2018) on the beach of Nyon or the “Voie 4” (2019)  The image below, although in French, illustrates the logic that is being used to incorporate feedback before making final constructions with the temporary structures. 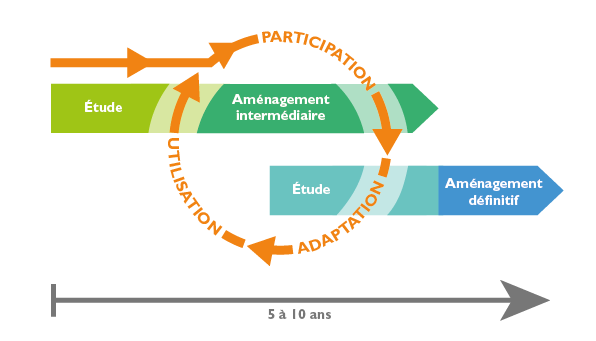 The garden is part of the “Coeur de Ville” project, or “heart of the city” with the aim being to “give Perdtemps back to the people” and make it an area for the population to gather and hold activities where the parking is currently. The construction is set to start in 2022 and will see the Perdtemps parking be shifted to an underground parking in the same location, with the new park overground.

The Perdtemps ephemeral garden is run by “Le Saint-Jean” located in the Hotel de l’Ange and provides a variety of snacks as well as some nice after-work apèro options, so next time you are in the area you can watch your children play in the playground from the comfort of your lounge chair and enjoy a snack or a G&T! 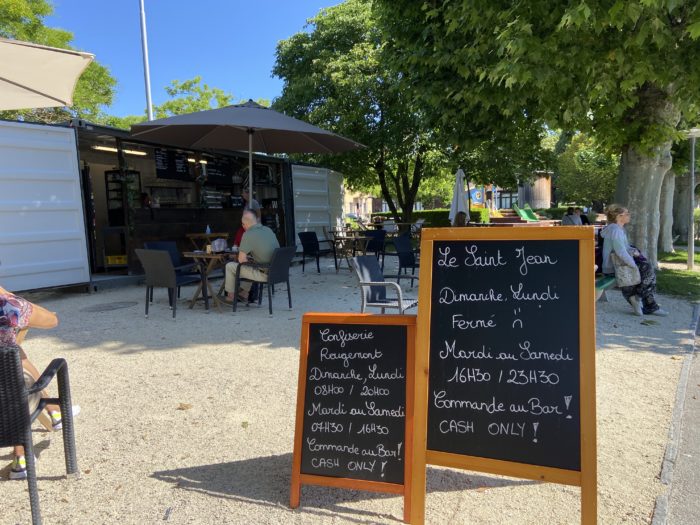