The Visions du Réel film festival is well underway, however, there are still four full days to go of documentaries to be seen in both Nyon and Gland.

One of the interesting parts of this festival is to be able to listen to the filmmakers discuss their films after they have been screened with members of the public.

On Sunday there was a packed house in the Grand Salle in Nyon to see Christian Labhart’s “Passion – between Revolt and Resignation”, a film tackling capitalism, global warming, war, overconsumption, refugee crises, and inequality. The audience had many questions for the filmmaker from what his main objective was for making the film, to the choice of music that underscored it (St. Matthew Passion by J.S. Bach). 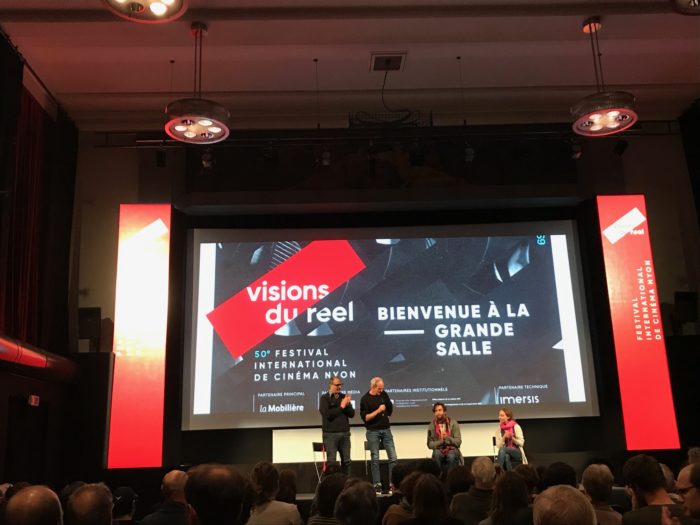 Photo above – C.N Pollard – Filmmaker Christian Labhart discussing his film with the audience

On Monday there was a fascinating interview with the protagonist after a screening of “Naïma”, a wonderful film focussing on a Moroccan woman living in Bienne. In the film we see her trying to build bridges in her community, dedicating thousands of hours of her time in volunteering, encouraging dialogue, working with troubled teenagers, taking Muslim teenagers to a synagogue to teach them about different religions, attending endless meetings, encountering Swiss bureaucracy, all to help integration whilst managing a family of her own. 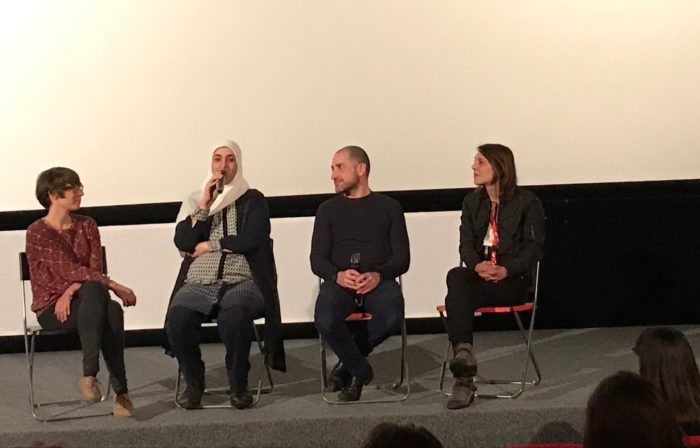 Photo above C. N Pollard – “Naïma”, the protagonist in the film and the producers.