Learn coaching and learn to see the world through someone else’s eyes. Learn to be an effective leader

Daniel Ahlers is a director at the Centre for Coaching for Switzerland. He and his team will be leading a new session of their internationally accredited course that starts in September at the Château de Bossey near Nyon.

Daniel told Living in Nyon – “According to the Harvard Business Review, data from 50,000 leaders (who were assessed by their colleagues), showed that the ability to inspire, creates the highest levels of engagement and commitment and is what separates the most effective leaders from the average and least-effective.

Our “Coaching for Development course” (CfD) is a foundational six-month programme for those who are interested in evoking excellence in others, while being open to receiving coaching themselves so they too can bring forward excellence in their own endeavours.

This will be the 6th year that CfD, which is both Business School and University accredited has been running here in the Lake Geneva region. 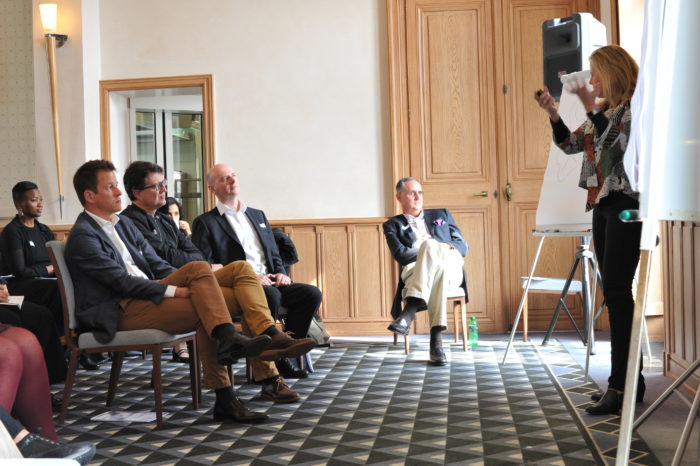 Photo above – participants at a Centre for Coaching course

60% of participants in this programme are not necessarily aiming to become coaches themselves, but rather are looking to become more effective at what they do by building the capabilities of the people with whom they interact”.

Participants who have gained value from CfD include:

•    Leaders and managers wanting to support and sustain the development of new competencies in their staff.

•    Advisors, coaches, and human resource specialists looking to expand capabilities throughout their organization.

•    Consultants and private practitioners wanting to deepen or develop their coaching skill set as they support client growth.

•    Those wishing to obtain an ICF-credentialed coach certification

•    Those wishing to step into a different career path

For more information see flyer below and click here for course details. 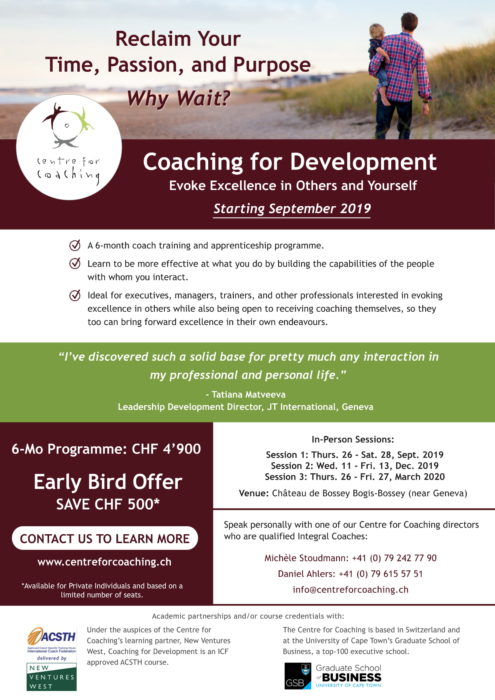