Visions du Réel. Nyon’s International Documentary Film Festival will open tonight with an official ceremony, followed by the screening of the film “Of Fathers and Sons”, which focusses on the day-to-day life of an important member of a branch of Al-Qaeda in Syria.

This film is sold out for tonight (Friday 13th) but will have an additional screening in Gland at the Théâtre de Grand Champ in Gland on Sunday 25th at 13:30.

There are hundreds of films on offer at the festival and tickets can be bought online. See our 2 previous reviews of films being screened this weekend, “Barstow, California” and “Sisters” here.

One documentary that may interest Living in Nyon’s Canadian readers, is the film “Snowbirds”. 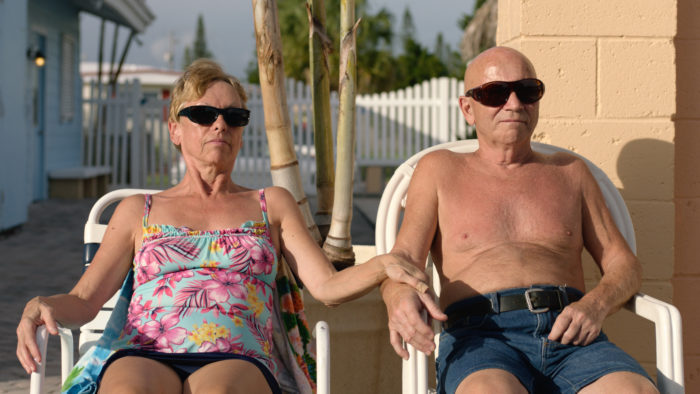 In this film, the director Mika Goodfriend observes a group of 1,800 retirees from Quebec who move to the beaches of Florida each winter, just like migrating birds fleeing the snow. This film is an affectionate portrait of some of these retirees who live temporarily in a massive motorhome/trailer park in the Breezy Hill Resort.

We witness their daily routine, we see them celebrating Christmas in the warm weather, dressing up in costumes for St Patrick’s Day. There are some lovely touching moments between one elderly couple, he does his exercises first thing in the morning and grows alfa alfa sprouts and vegetables in the motorhome to give him and his wife a healthy lifestyle. He plays the accordion and she sings, they rehearse for a show. Another couple is simply content to drink wine with their lunch and sunbathe. Some retirees play golf, others head off to the pool for Aquagym and others catch up with TV soap operas. 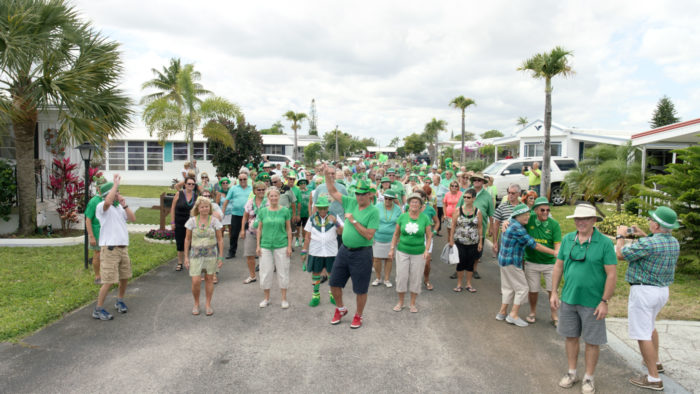 There are some funny moments in this film such as when the curtain is pulled back behind a priest taking a service in the church (which is actually the resort’s clubhouse) we see a bingo board – the clubhouse has to double up for many events. When Christmas arrives, the retirees decorate the outside of their temporary homes with as much pizzazz as if they were at home. The residents seem to be content with their lot. It’s a happy retirement.  It’s a fond portrait of these Canadian “Snowbirds”.

The film will be screened on Tuesday 17th April at 18:45 at the Salle Colombière and Wednesday 18th April at 12:00 at the Capitole Cinema Fellini. 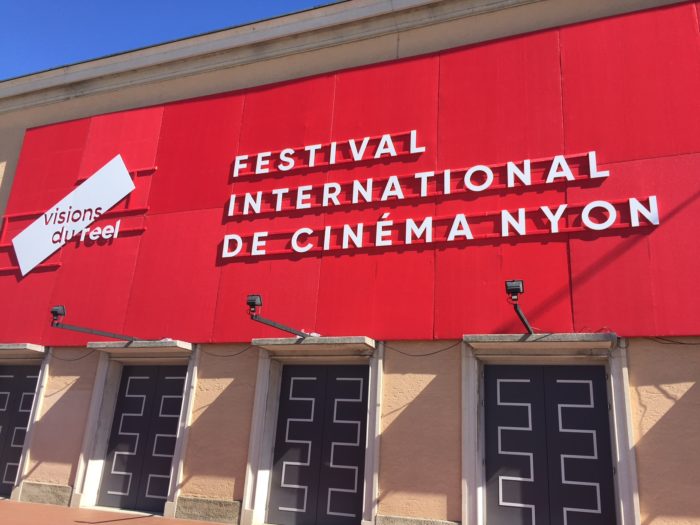 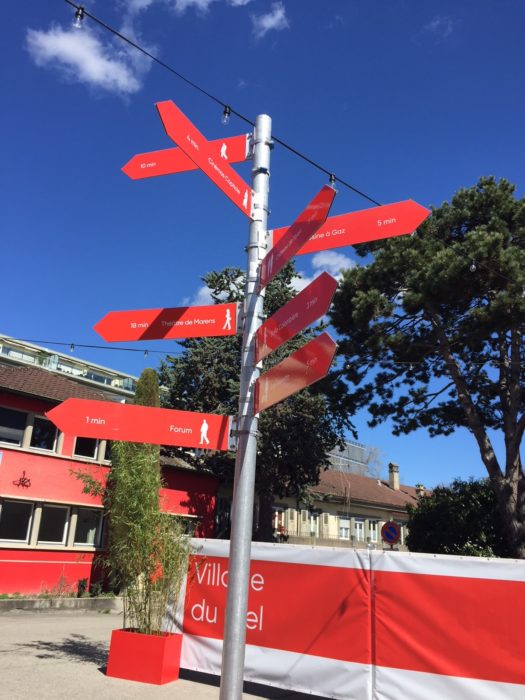