Olivia Higgs is a 16 year old British student who moved to Nyon in 2017 from Britain. She’s currently working with Living in Nyon for a week learning the ropes on publishing. She explains what it was like moving to the town and how she found settling into Swiss life. 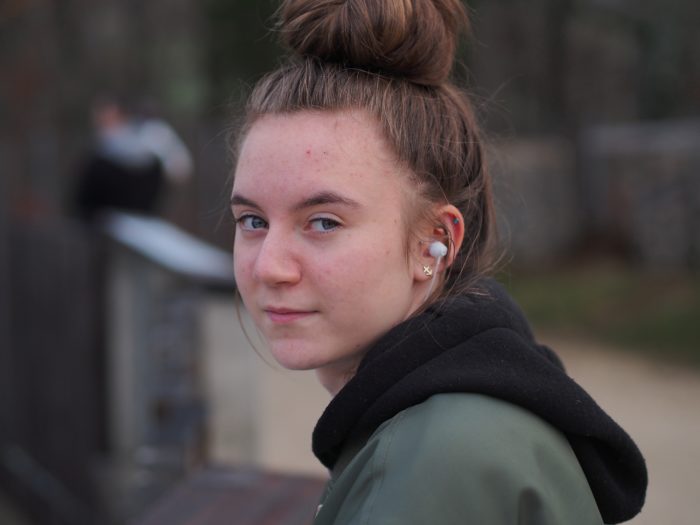 The biggest change of my life

“Moving to Nyon was probably one of the most life changing events to happen to me, especially at 14. Now, two years on, I can tell you what the transition from Birmingham, UK to Nyon was like. It was a very rushed move here to live with my dad and so it was hard for me to settle in so quick. There were many things that I struggled with when moving over, the main problem being French which I still struggle with now but not as much.

The day after arriving, I already had a meeting with the head teacher of a new school, had a doctor’s appointment and had to get everything ready. By the following Monday, I was at school and I knew that this was permanent. I attend an international school in Geneva and so students joining and leaving wasn’t a surprise to anyone, but for someone in my situation who’s been raised in England and attended schools where it’s not as common for students to leave, it was hard for me not to be affected by people who kept moving on from country to country, especially if it was someone I had started a good friendship with.

Building a social life and having to exercise

Meeting new people wasn’t that hard because my school is small and has just over 200 students from Reception to Year 13.  Meeting people outside of school was where I struggled. Luckily, in Nyon there are many clubs you can join to interact with new people and make new friendships, this also helps you to get to know the area better.

When I had my first doctor’s appointment for a general check up, I was asked if I do any sports or activities at all and I denied that I did. My doctor then suggested that it was important that I do sport and get a healthy amount of working out done in the week. Personally, I found exercise hard because I’ve never really been a sporty type, though I love to dance, so having to join a club or group to move around and exercise wasn’t going to be fun for me. Eventually, I joined a kickboxing club for around three months which I didn’t really enjoy, but later I joined a dance group where I ended up making new friends and I loved it. Over time I’ve made a lot of friends who take part in sports such as rugby, basketball, tennis and football.

Basketball players brought over from USA to Nyon

Many of my friends play basketball, so I attend a lot of their tournaments, although I still don’t understand the game very well! I was lucky enough recently, to attend a 3v3 basketball tournament organised by FIBA in Mies. There were a total of 207 teams that had ex-pro basketball players and some ex-semi pro. I was amazed to find out that the Nyon basketball team, BBC, had brought in players from America which showed me that they were very respected. To see them in action, watch the video below.

The night life of a teenager in Nyon

When night time starts to arrive, you see the teenagers slowly emerge from the darkness of their bedrooms and out with friends. Although Nyon is small, there’s still a few things to do. Many friends of mine who like to go out in Nyon, enjoy going to bars such as Les Brasseurs. As teenagers hit 16, the more they go to the bars, not necessarily because it’s the legal age to drink, but because that’s where everyone is and it’s an easy place to meet. Other places to be with friends in Nyon are locations such as down near the lake, McDonald’s (I’m sure no parents are surprised at that one) and La Combe. If you’re a teenager new to Nyon, as you make more friends I’m sure eventually you’ll discover that they all have their own spots they like to hang out in.

I’d say that the past two years have not been easy but they haven’t been terrible. I found a dance group that I enjoy, I’ve made many friends over time and I’m finally comfortable with the way my life has turned out. But I still miss my home and my family in the UK, but they all knew that life in Switzerland would offer so many more opportunities. If you’re new or soon moving to Nyon or Switzerland, it may not always be easy in the beginning but you’ll eventually find your way here”.