The actress who originally played Dorothy’ in the first London production of “Wizard of Oz” (over seventy years ago!), will visit Geneva to watch the current GAOS production of the show. This production runs on the following dates: Friday 1st December at 20:00, Saturday 2nd (two performances at 14:00 and 18:30), and Sunday 3rd December at 15:00.

This family show is an ideal way to kick off the pre-Christmas season and will be performed in the Théatre du Léman in Geneva. These shows are popular, so book early! 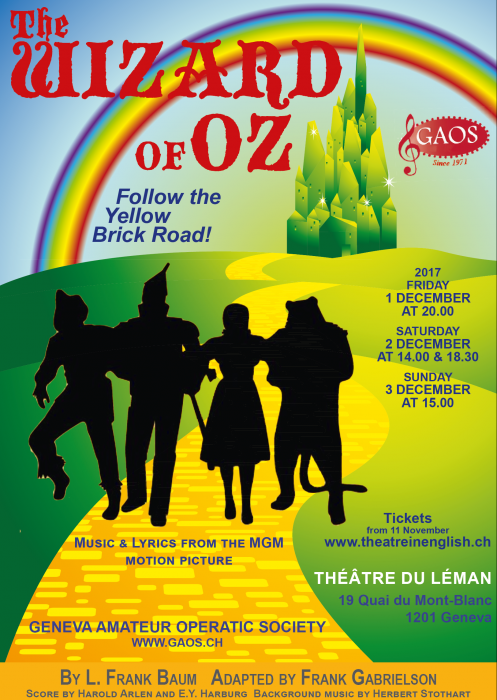 Diana Yardley, the actress who played Dorothy in the production from 1946 to 1949, will be in the audience for the GAOS evening performance on Saturday 2nd December. This first West End production based on the film starring Judy Garland, had a company of over 100.  The company, with a huge cast and orchestra, toured all over the United Kingdom through to 1949, when it returned to London.

Diana (now a sprightly 95-year-old) remembers the challenges of the stage production back then, with no individual microphones and often twice-daily performances, plus some ingenious ways of creating special effects without modern technology.  Glinda ‘magically’ transferred the ruby slippers to Dorothy’s feet by using a classic illusionary trick of distracting the eyes of the audience elsewhere. Diana met Judy Garland in London and worked with other well-known actors of the day. Diana is the aunt of GAOS member Peta Tracey who lives near Nyon. 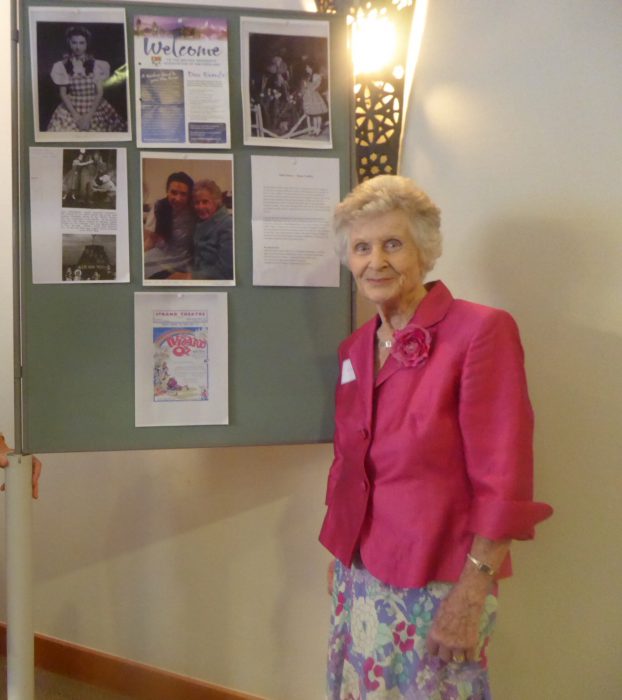