Did you know in the year 563 there was once a Tsunami on Lac Léman that left destruction in its wake?

The Lake Museum in Nyon (Musée du Léman) currently has a exhibition called “Un Tsunami”, which recounts the story of the tsunami and how it happened. Seemingly a side of a mountain collapsed into the lake, creating a massive wave that swept from Le Bouveret to Geneva. 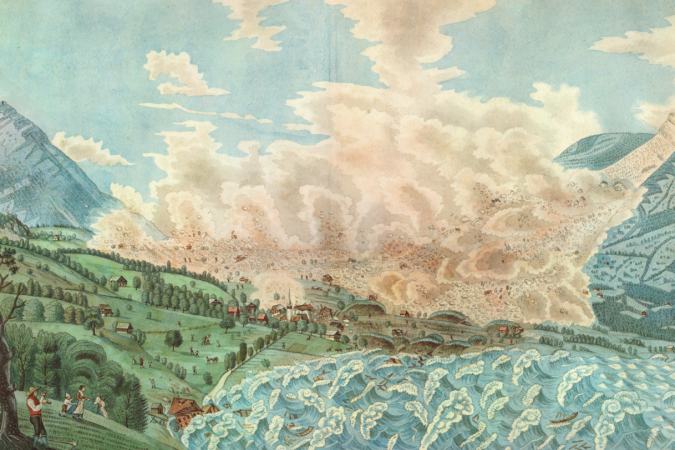 There had been accounts of the tsunami written by scholars in previous centuries, but it wasn’t until 2010, when two geologists from the University of Geneva found sediments at the bottom of the lake, that the stories and rumours were confirmed.  When they revealed their findings, it made the news across the world. 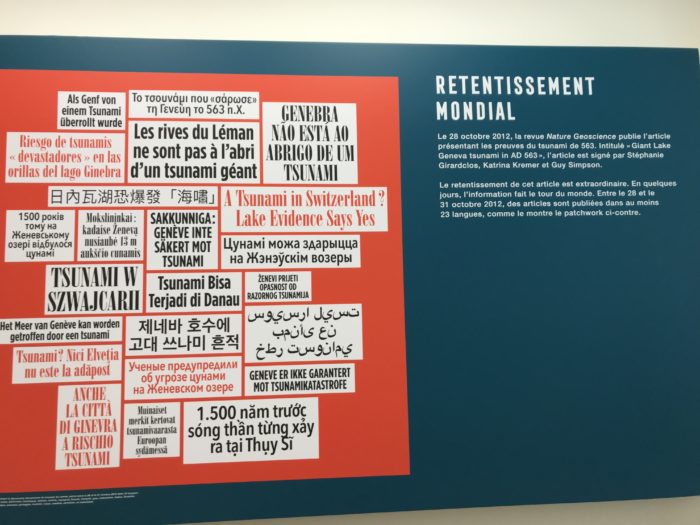 Could a Tsunami ever happen again on Lake Geneva? If so, is Switzerland prepared? This question is answered in a short film in the exhibition in the Museum. 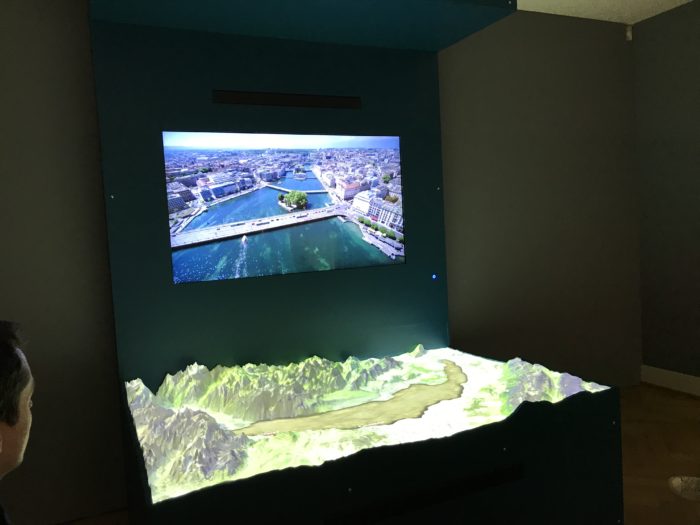 There’s lots more to see at the museum for both adults and children, from an exhibition showing the history of bathing and swimming in the lake, to a section with items and information on the lovely *Belle Epoque boats that sail on the lake, to the Auguste and Jacques Piccard, Bertrand Piccard collection. Check out the submarine in this exhibition that once took paying passengers for trips under the water or find out about the Solar Impulse flight, a plane that flew 40,000 km around the world without any fuel. 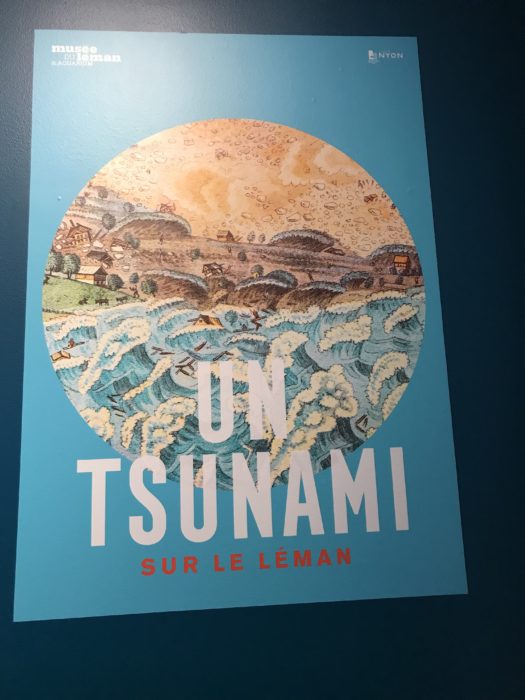