Five and a half tons of rubbish/garbage, 18 kilos of cigarettes, a bomb, bikes, shopping trolleys, tyres, plastic items, corks, plastic straws, yoghurt pots and finally, an urn! were all found in lac léman last weekend.

They were all discovered during a big clean up along the lake (from Geneva to Villeneuve) which was carried out by 840 volunteers and 310 professional divers. This event was organised by ASL and Net’Léman

The bomb (obus) was actually found near Nyon and the plage area was temporarily closed off to the public on Saturday afternoon until it was ascertained that the bomb no longer had its detonator and was declared safe.

You can see the result of the big clean up in this video below produced by RTS (Radio Television Switzerland). 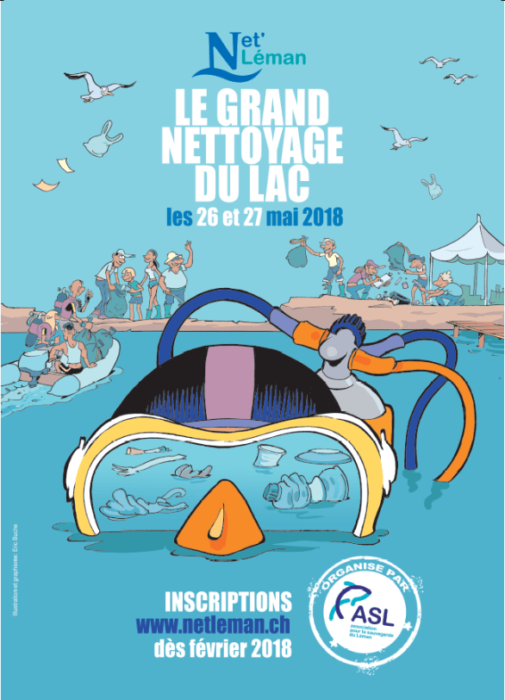