Here in the Nyon area there are various activities organised for Swiss National Day 2016.

In Nyon there will be an official ceremony beginning at the Esplanade des Marroniers at 19:45 with an apéro, ringing of bells at 20:20 followed by the presentation of the flags at 20:25, the reading of the 1291 pact, and then singing of the Prière Patriotique.

The address this year will be given by Mr Philip Jennings, Secretary General of UNI Global Union (see interview here). This will be followed by a message from M. Joel Guy on behalf of Nyon churches.

There will then be a parade which will start at the esplanade des Marroniers, it will wind its way along the Grand-Rue, on to Rue St-Jean, Rue de la Colombière, the Quai des Alpes and it will finally arrive at the place des Fêtes de Rive, there will then be fireworks at 22.15.

Note – this parade is fun for families, children carry lanterns through the streets and down to the lake side to watch the fireworks. 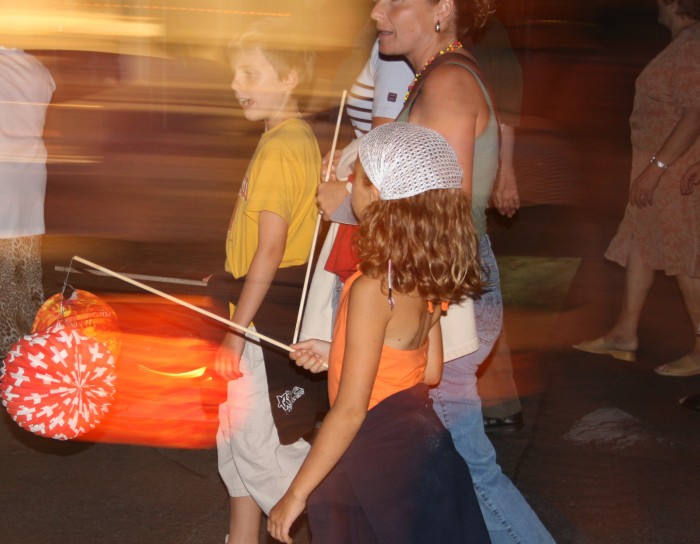 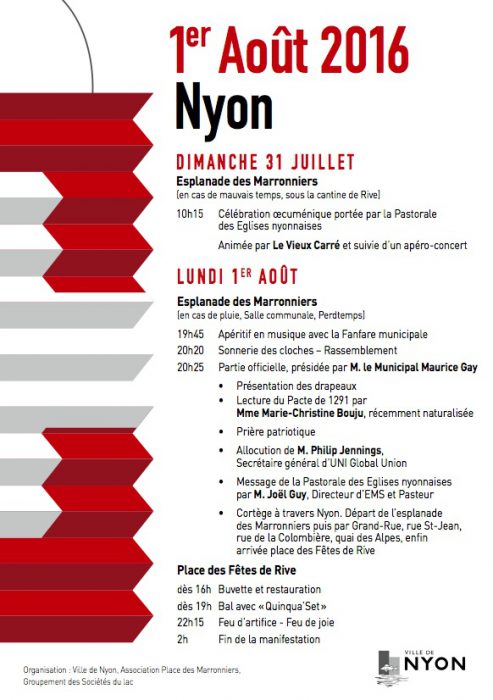 In Prangins the Château de Prangins will be open from 10:00 -17:00 and entry will be free on this day for visitors! 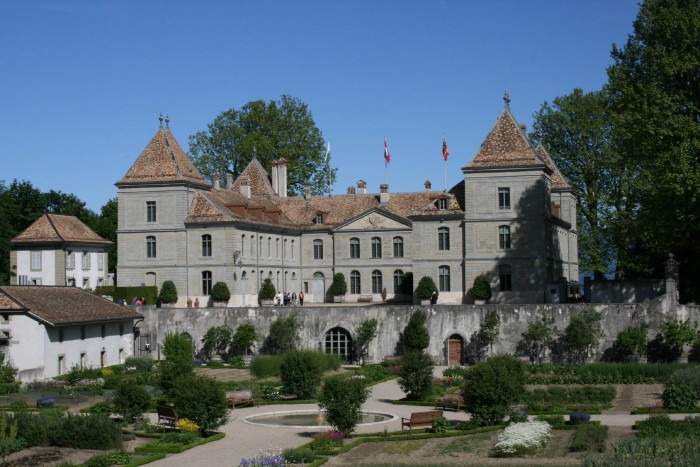 In Rolle there will be an official ceremony beginning at 18.30 at the Château of Rolle. More details here